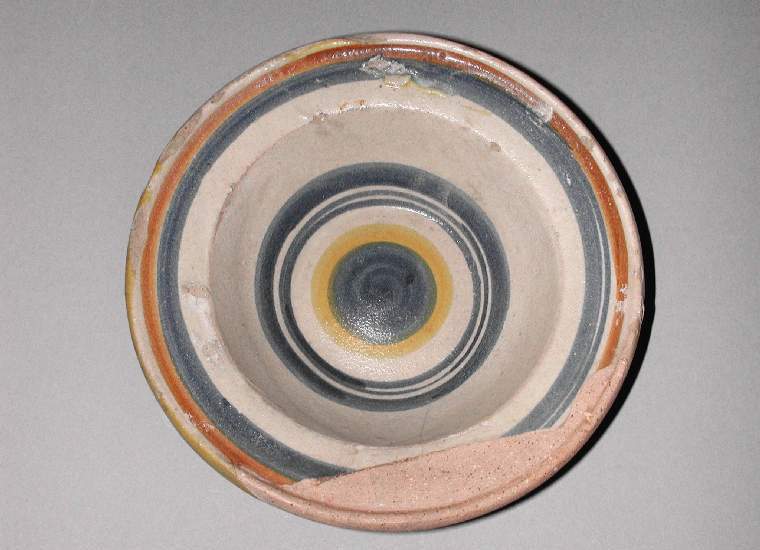 Large numbers of bowls with narrow rims have been found in Orvieto, and the provenance of this example suggests strongly that it was made there, but comparable rimmed bowls were made further south in Lazio