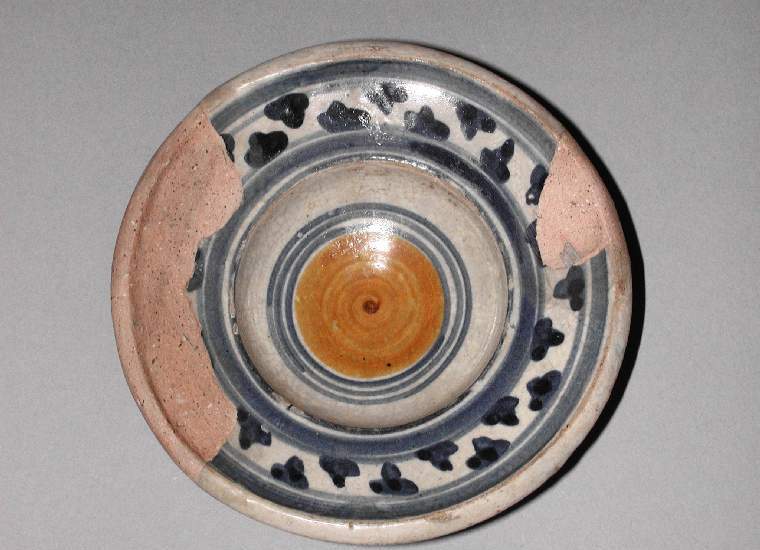 Renaissance maiolica bowl, painted in blue and yellow with a yellow disk surrounded by concentric circles and rows of trefoils.

The purported provenance of this bowl suggests that it is likely to have come from Orvieto, but analogous bowls were also made further south in Lazio. For examples found in Orvieto, see the bibliography provided for C.155-1991 and C.157-1991.