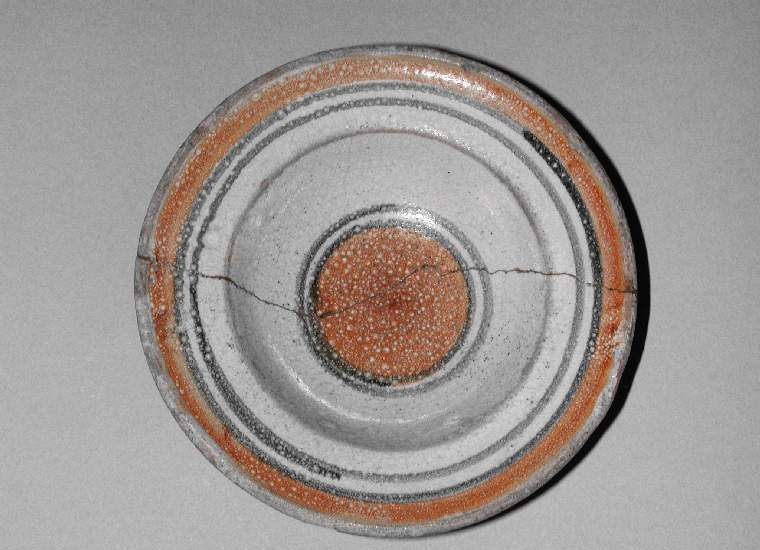 Renaissance maiolica bowl with narrow rim, painted in blue and orange with a disk surrounded by concentric circles.

Buff earthenware, thrown and tin-glazed overall. Painted in blue and orange with a freckled appearance. Shape 47. Circular with narrow slightly curved rim and deep well. In the middle is an orange disk surrounded by two blue concentric circles; on the rim, two blue bands and a wide orange band.

The provenance of this bowl and its similarity to a fragment of a bowl found near the Duomo in Orvieto and given to the Fitzwilliam in 1904, and to bowls excavated in Orvieto more recently, makes it likely that it was made there. Comparable bowls were made in Lazio.