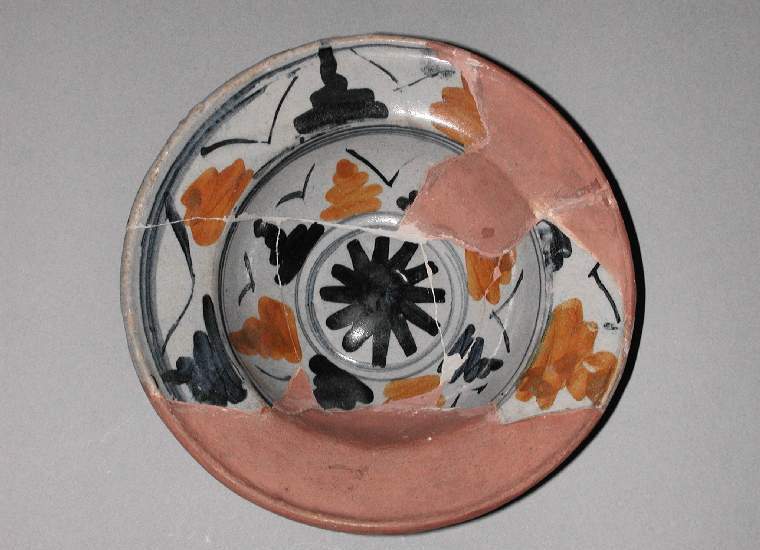 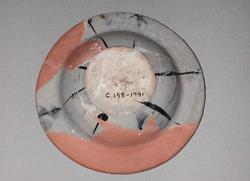 Renaissance maiolica bowl, painted in blue and yellow with a flower, concentric circles and triangular motifs.

Earthenware, thrown and tin-glazed greyish-white overall. Painted in dark blue and yellow.
Shape 47. Circular with a narrow rim and deep well, slightly convex in the middle.
In the middle is a blue flower within two concentric circles; on the sides of the well, eight alternately blue and yellow irregular triangular motifs separated by blue Vs, and, above, three narrow blue bands. Similar motifs are on the rim.

The provenance of this bowl indicates that it likely to have been made in Orvieto, but analogous bowls were made further south in Lazio.