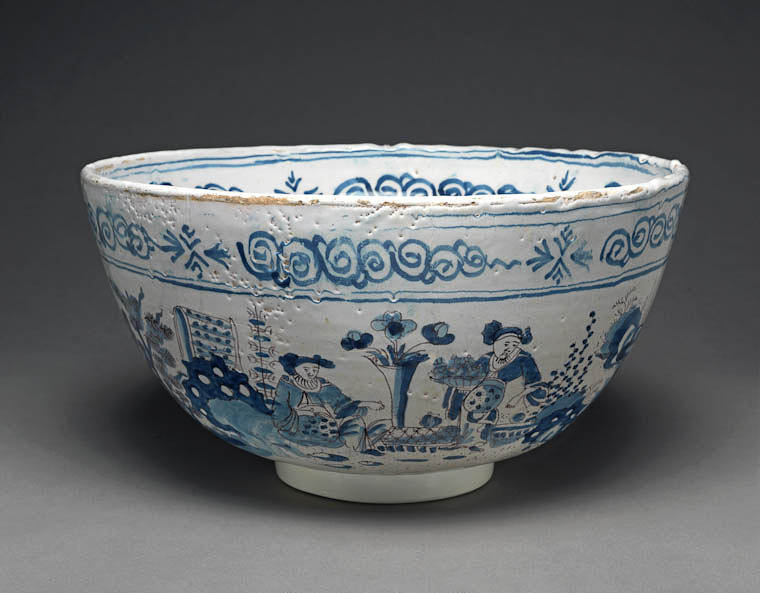 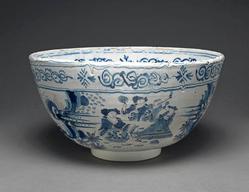 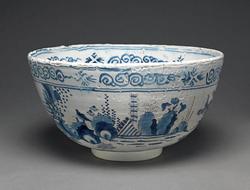 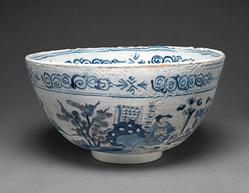 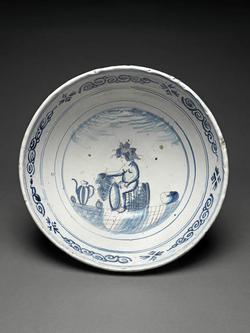 Tin-glazed earthenware painted in blue and manganese outside with Chinese figures in a landscape, and inside with Bacchus holding a bunch of grapes, and sitting on a barrel

Buff earthenware covered with tin-glaze which has crawled in areas near the rim and has numerous pin-holes. Circular with deep curved sides, standing on a footring. The interior is decorated with Bacchus holding a bunch of grapes, sitting on a barrel beside a wine pot, encircled by two narrow concentric circles. Below the rim, beween pairs of narrow bands there is a border of five groups of scrolls interspersed with a highly stylized flower head.The exterior has Chinese figures, some of whom smoke pipes, in an Oriental garden with rocks and plants. Above is a border similar to that inside. 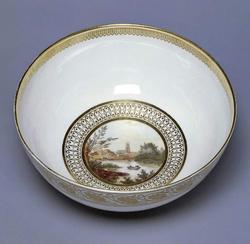 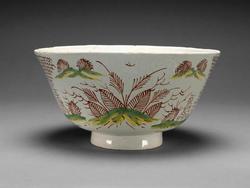 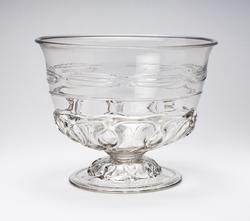