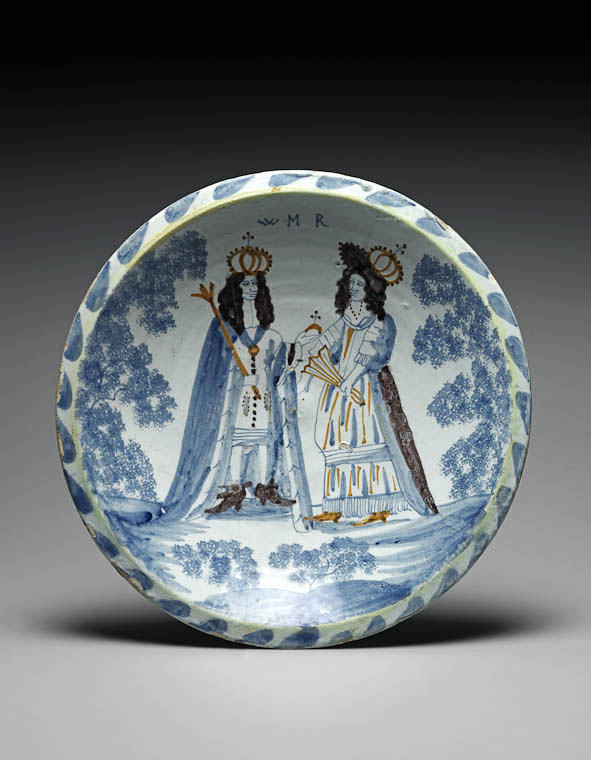 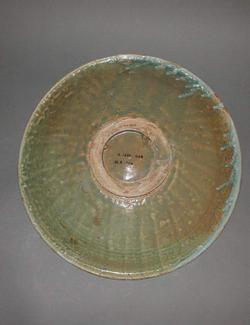 Buff earthenware, the front tin-glazed very pale blue, and painted and sponged in blue, and painted in pale yellow, brownish-orange, and manganese-purple; the reverse covered with bluish-green lead-glaze. Circular with everted rim, and curved sides, standing on a footring. William III, wearing coronation robes and holding an orb and sceptre, stands on the left of Mary, who is crowned, and holds a fan. Over their heads are the letters ' W M R'. On each side there are sponged trees, and in the foreground there are two humps and two small sponged bushes. Round the outer edge there is a yellow band and a blue dash border

Moulding : Buff earthenware, the front tin-glazed very pale blue, and painted and sponged in blue, and painted in pale yellow, brownish-orange, and manganese-purple; the reverse covered with bluish-green lead-glaze with radiating streaks and crawling; two stilt-marks on footring 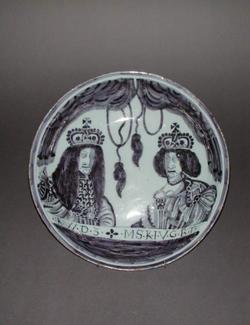 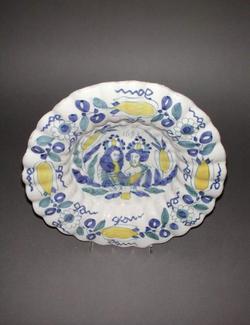 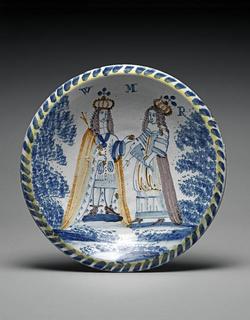 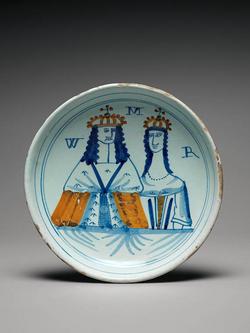