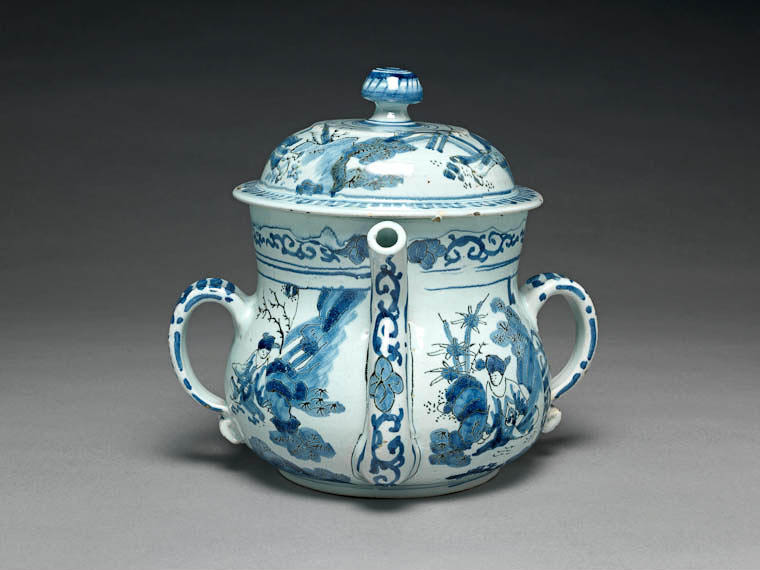 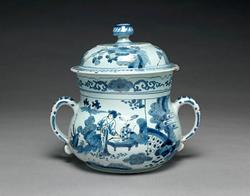 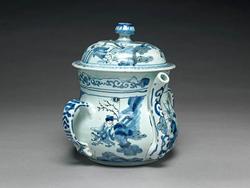 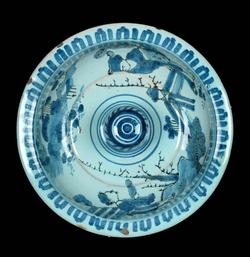 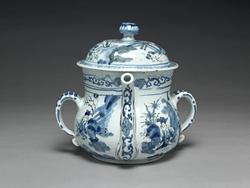 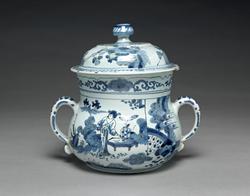 Buff earthenware, tin-glazed greenish-white, and painted in blue with black (manganese?) outlines. The pot has a bulbous body with short cylindrical neck. An S-shaped tubular spout is applied to one side, and it has two handles which are flat on the inside and rounded on the outside, and have rolled terminals. The domed cover has a flange round the edge and a button-shaped knob. The sides of the pot and cover are decorated with Chinese figures in landscapes in Ming-Transitional style. On the lower part of the pot there are two on either side of the spout, and one across the back in which the figure stands beside a vase on a low table. Round the neck there is a border of flowerheads flanked by Chinese scrolls, and there are similar motifs placed vertically on the spout.The handles are decorated wth horizontal stripes, lines and dots.

The greenish glaze suggests that it was probably made at Brislington, but decoration of this type appears on London and Brislington and Bristol delftware. The Chinese figures in landscapes were derived from Ming Transitional porcelain or from Japanese porcelain decorated in that style. 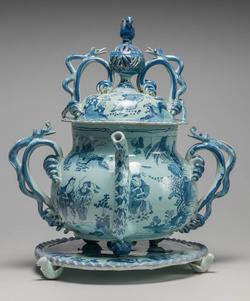 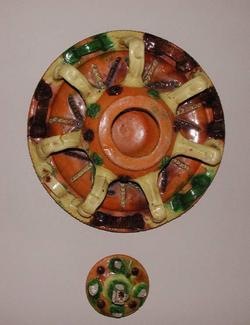 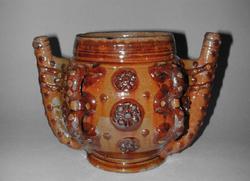 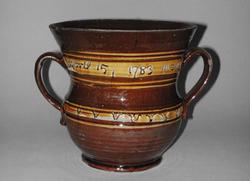