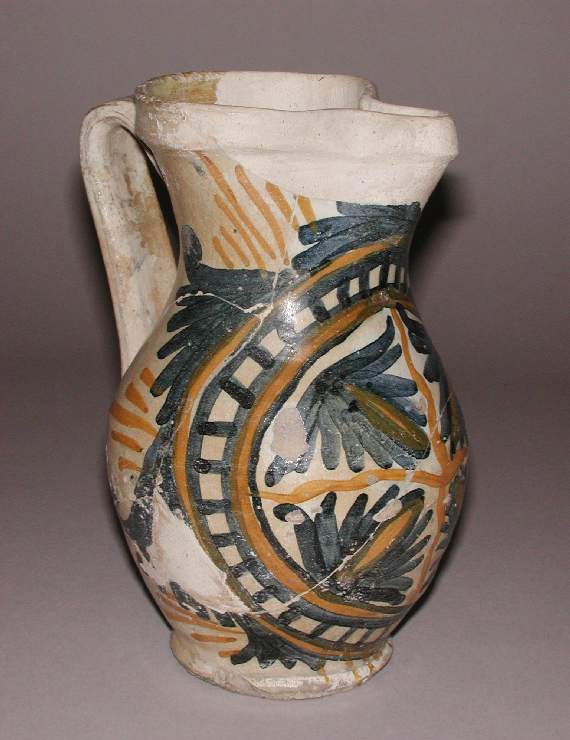 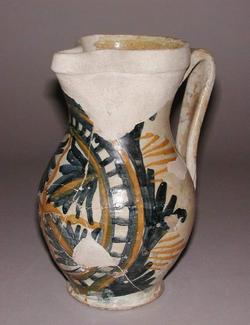 Renaissance maiolica jug, painted in blue and yellow with, on the front, a wavy cross with palmettes between the arms enclosed in a 'ladder' frame.

Pale buff earthenware, thrown. The interior is lead-glazed pale brownish-yellow, the exterior is tin-glazed cream and the base is unglazed. Painted in dark blue and dark yellow.
Ovoid with disk base, cylindrical neck expanding towards the carinated rim, which is pinched at the front to form a spout, and broad strap handle.
The front is decorated with a yellow wavy cross, with blue fan-shaped palmettes with dark yellow centres between the arms, enclosed by a circular blue `ladder' between yellow bands, from which blue stylised foliage and orange rays extend towards the back.

W.B. Honey attributed this jug to Faenza in 1934, but in the absence of evidence that it was excavated there, it seems equally likely that it came from Umbria or Lazio, where jugs with carinated rims were common. Crosses with fan-like palmettes between the arms were a common decorative motif on late fifteenth-century pottery from that area. 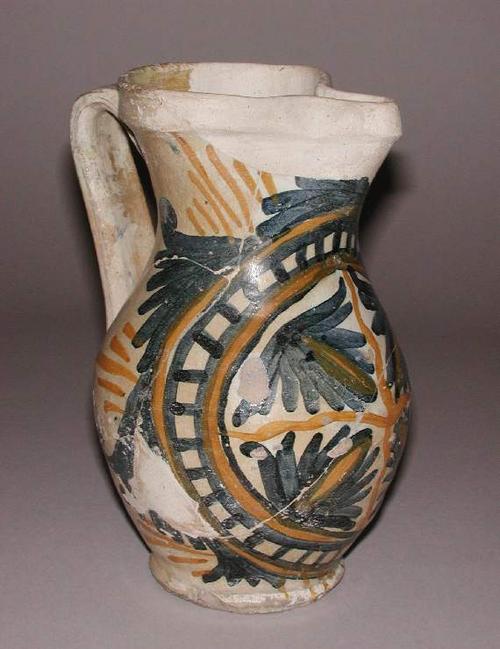