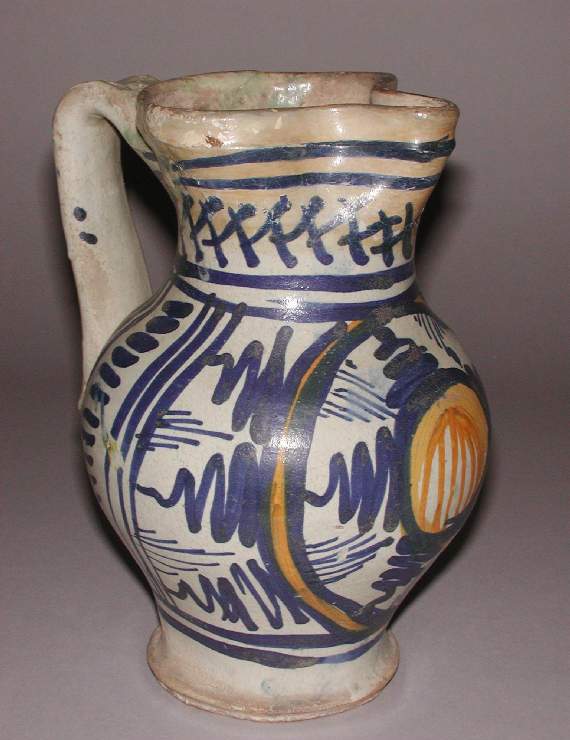 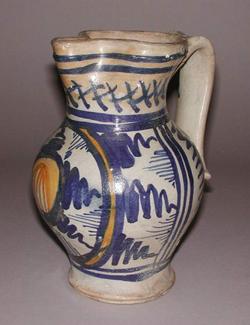 Renaissance maiolica jug, painted in blue and yellow with, on the front, a sunburst surrounded by a circle, and rays and strokes on the sides.

Pale buff earthenware, thrown. The exterior is tin-glazed; the interior and base are unglazed. Painted in blue and yellow.
Bulbous ovoid body with cylindrical neck, flaring towards the carinated rim, which is pinched at the front to form a spout; broad strap handle with a longitudinal depression, curving upwards on either side of a thumb print at the lower end.
On the front is a sunburst comprising a yellow striped centre, five blue rays surrounded by a yellow circle between two blue, and three more rays on each side. The handle is flanked by slanting blue strokes between two sets of three blue vertical lines. Below are two horizontal bands, and on the neck, criss-crosses between pairs of horizontal bands.

Sunburst decoration was widely disseminated in central Italy in the late fifteenth and early sixteenth cenury. It seems probably that this jug came from Orvieto, or elsewhere in Umbria or northern Lazio, rather than from Faenza to which it was attributed to W.B. Honey. Jugs with carinated rims and various different types of decoration have been found at a kiln site adjacent to the Pozzo della Cava in via della Cava, Orvieto. Jugs with sunburst motifs have been found at another pottery further up the street. 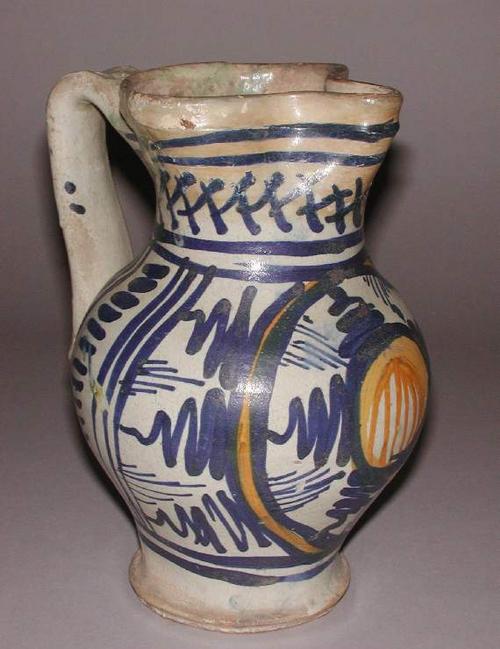