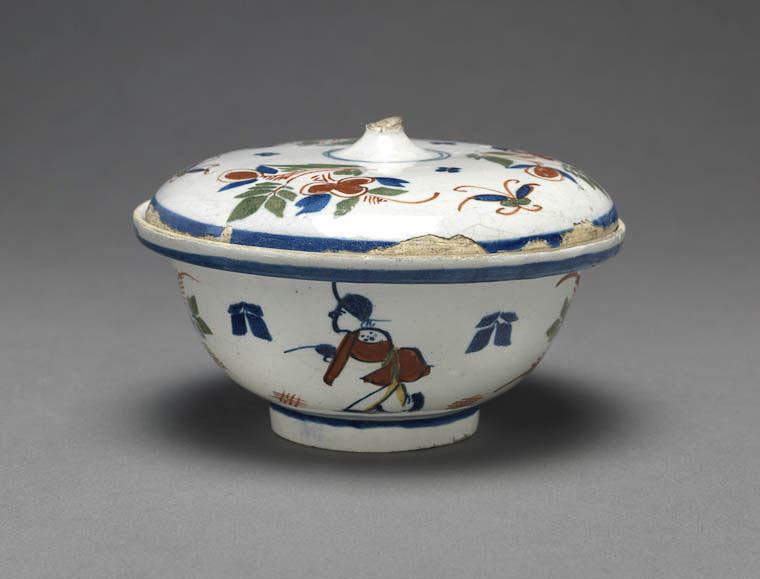 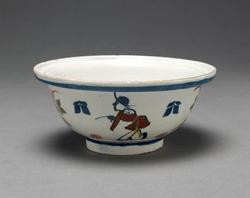 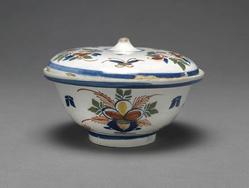 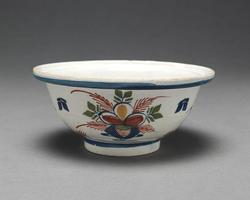 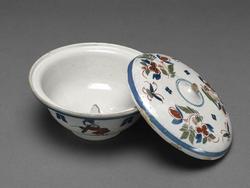 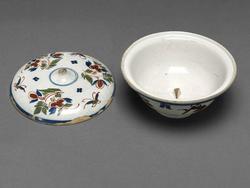 Tin-glazed earthenware painted in blue, green, yellow and red with flowers in vases and Chinese figures

Buff earthenware, thrown, tin-glazed and painted in blue, green, yellow, and red. The circular bowl stands on a footring. It has a pyramidal spike in the middle, curved sides and a narrow rim on which the slightly domed cover rests. Its knob is missing. The exterior of the bowl is decorated with two Chinese figures bending forwards, alternating with stylized flowers and foliage in vases with pairs of blue leaves between them. The cover has three floral sprays alternating with three winged insects and three four-petalled flowers. The stump of the knob is encircled by two blue bands and the outer edge by a broad blue band.

The central spike indicates that this bowl was probably used for butter. Fragments of bowls with spikes have been found in Lambeth and at Vauxhall, and the decoration of this example links it to the pottery at the latter