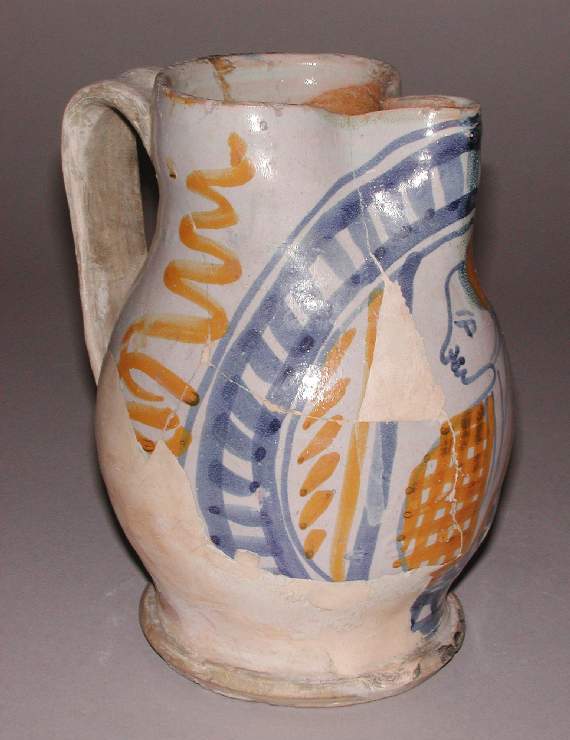 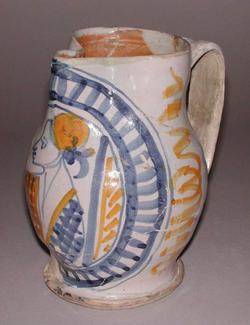 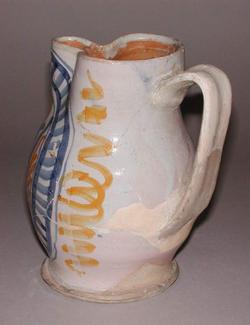 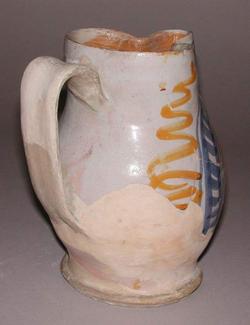 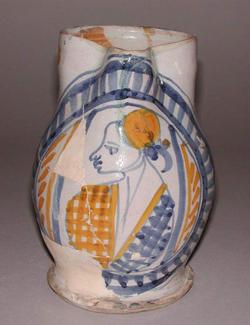 Renaissance maiolica jug, painted in blue and yellow with, on the front, a 'ladder' frame enclosing a bust of a woman.

Buff earthenware. The interior is lead-glazed pale brown, the exterior tin-glazed, and base unglazed. Painted in blue and dark yellow. Shape 43. Ovoid projecting base, short neck pinched at the front to form a lip and broad strap handle. On the front, an ovoid blue `ladder' frame encloses a bust of a woman in profile to left, flanked by a blue vertical stripe and yellow slanting strokes. Down each side is a vertical yellow squiggle.

Jugs with frontal medallions enclosed by 'ladder' frames were common throughout central Italy during the late fifteenth and early sixteenth century. The form of this example, and excavated finds of comparable jugs in Orvieto suggest that it was probably made there, but it might have been made in northern Lazio.