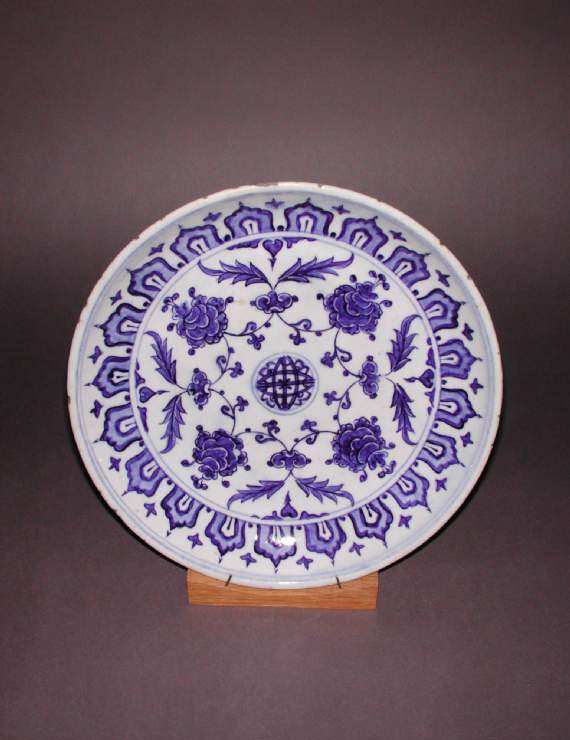 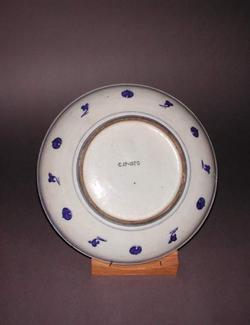 Fritware painted in blue under a colourless glaze

Fritware, probably mould made, painted in two shades of blue under a colourless glaze
Shape: segmental bowl with a slightly everted rim, sits on a low, wide foot ring
Interior: on the cavetto a band of lappets interspersed with small ‘fleurs de lis’. On the body peonies, wheat sheaves and curled tip leaves are connected by curved stems and arranged symmetrically around a central knot pattern. Dent in roundel that occurred during production.
Exterior: a single band, of trefoil leaves and stylised peaches, is painted on the body between concentric lines below the rim and above the foot ring. Glaze covers the base except for the rim of the foot ring. Irregularity at one point on upper body that occurred during production.

colourless, covers the base except for the rim of the foot ring Glaze
Fritware