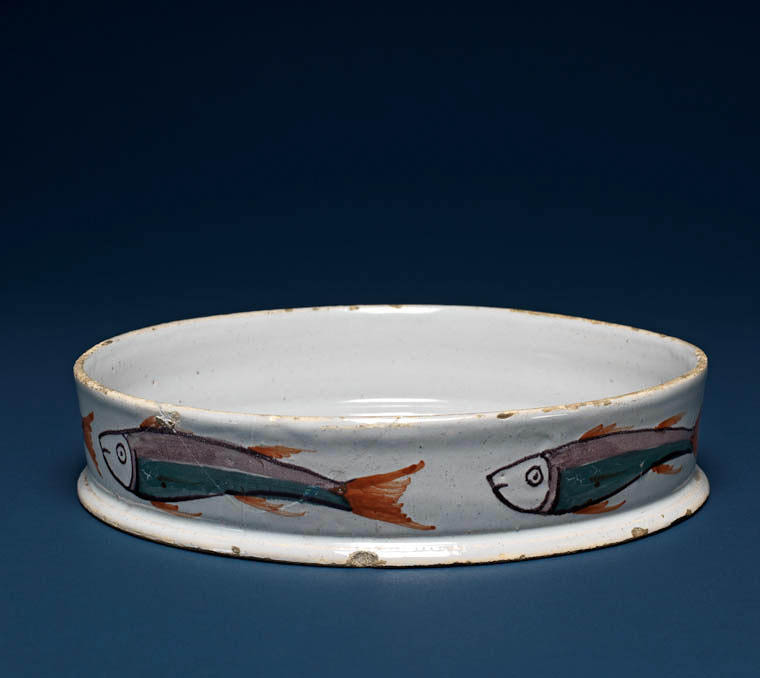 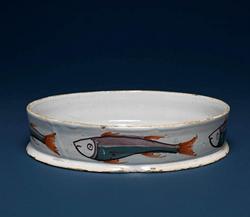 Tin-glazed earthenware char dish, painted in polychrome with five fish on the exterior.

Earthenware with pale greyish-blue tin-glaze, painted in dark bluish-green, pale and dark manganese, and orange. Circular with straight sides and a slightly projecting base. Decorated on the exterior with five fish swimming to the left.

History note: Passed down in the family of the donor, DrJane Bidder, Cambridge

Given by Dr Jane Bidder

Shallow delftware dishes decorated with fish were used for potted char, a popular delicacy in the 18th century. This fish, whose full name is the arctic char (Salvelinus alpinus), is related to the salmon, and in England is only found in deep land-locked lakes, notably Lake Windermere in Cumbria. Recipes for potted char appeared in several of the best-known 18th century cookery books, such as Elizabeth Moxon's 'English Housewifery exemplified in about Four Hundred and Fifty Receipts'. Fragments of char dishes have been found on the site of the Lancaster delftware pottery, as well as in Liverpool, where Zacchariah Barnes of the Old Haymarketpottery is said to have specialized in making char dishes to send to the Lake District. Char dishs were also made in creamware (see C.18-1993). 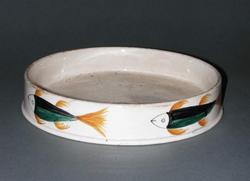 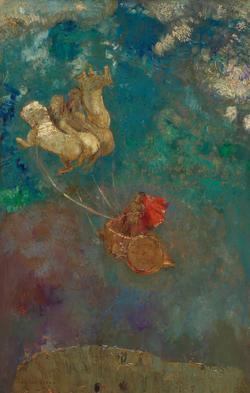