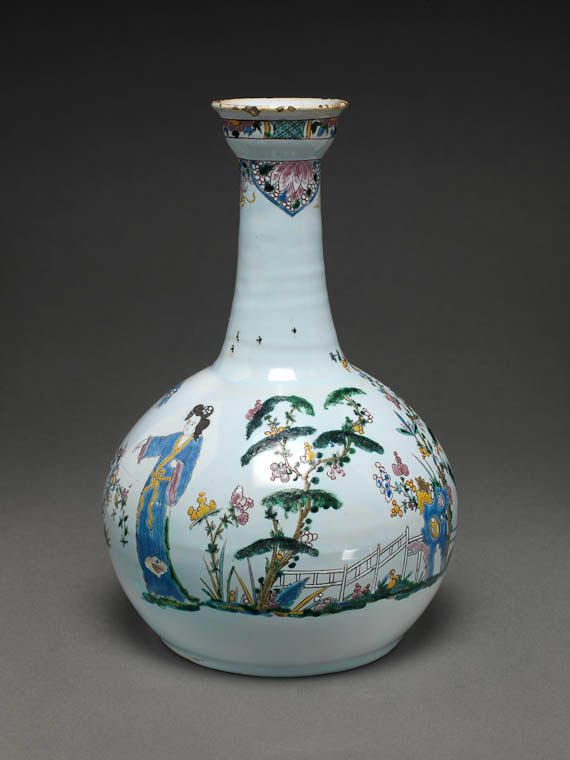 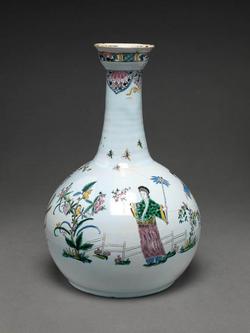 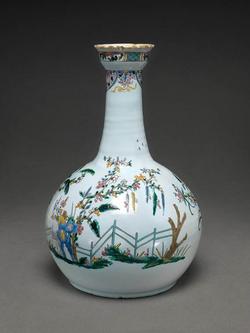 Buff earthenware, tin-glazed bluish-white, and painted overglaze in blue, green, yellow, ink, dark pink, and black enamels in famille rose style. The bottle has a bulbous lower part, a tall slender, slightly sloping neck, and a cup-shaped mouth, The bulbous part is decorated with two Chinese ladies, one of whom carries a small parasol, standing among flowering plants with a low fence behind them. Round the upper part of the neck and the cup-shaped mouth there are Oriental-style flowers and diapered panels.

The enamelled Chinoiserie decoration on this Liverpool delftware water bottle emulates the famille rose palette used on Chinese porcelain of the Yongzheng period (1723-35). It is similar in style to enamelling on some Staffordshire white salt-glazed stoneware, and it seems possible that it could have been decorated in north Staffordshire, possibly by either the Daniel or Warburton family of Hot Lane, Cobridge, who are said to have specialized in enamelling. The introduction of enamelled decoration on white salt-glazed stoneware by the early 1750s is supported by Dr Richard Pococke's account of his travels through England in 1750, 1751, and later, which mention enamelled stoneware being made in Newcastle-under-Lyme in 1750, and by the Swedish traveller, Reinhold Rücker Angerstein, who recorded seeing enamelled white salt-glazed wares at Burslem and Hanley in 1754. However, from a practical point of view it would have been easier, and safer for the objects if they had been decorated in the place where they were made, and some ceramic historians consider that this rare class of delftware (about 14 examples are recorded) was more likely to have been decorated in Liverpool. See Documentation. A comparable water bottle is in the National Gallery of Victoria, Australia, inv. no. 4543-D3. 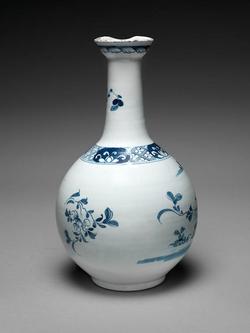 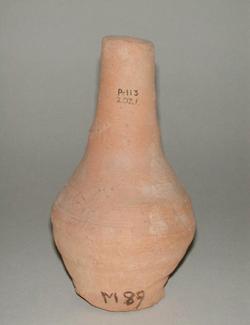 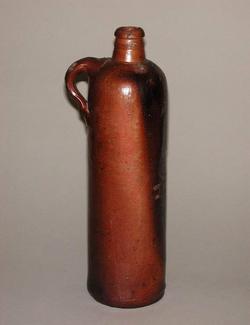 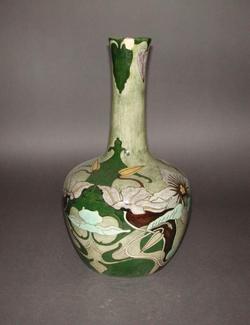