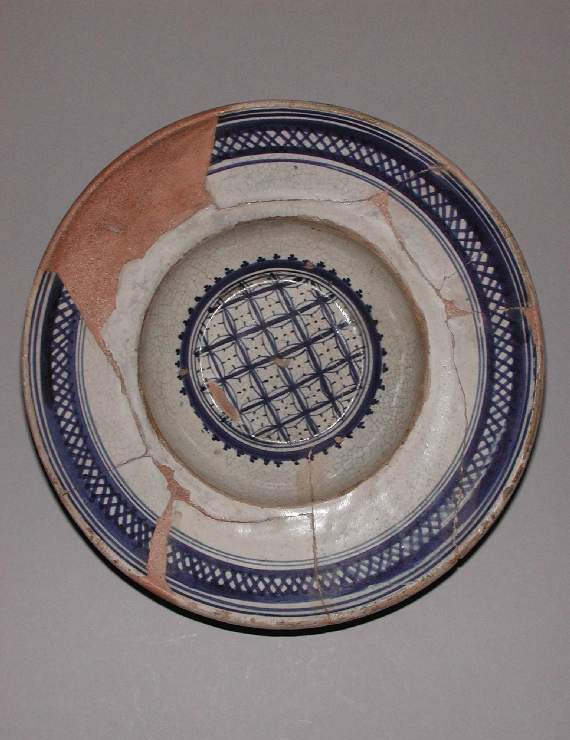 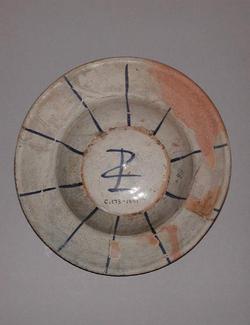 Renaissance maiolica broad-rimmed bowl, painted in blue with, in the middle, a medallion of petal diaper, and on the rim, a border of criss-crosses and band.

Earthenware, tin-glazed pale cream overall; three spur marks in well. Painted in blue.
Shape approximately 60. Circular with upturned edge, slightly sloping rim, deep narrow well and slightly convex centre.
In the middle is a medallion of petal diaper surrounded by two narrow concentric circles and one wider with groups of three dots outside it. The rim has a border of criss-crosses with a wide band and two narrow on each side of it. The back is inscribed in the middle, surrounded by ten lines radiating from the foot to the rim.

History note: Avvocato Arcangelo Marcioni (1859-1928) or Cavaliere capitano Ferdinando Lucatelli (b. 1862) whose collections were sold together without differentiation by Sotheby's, 17 February 1914, Catalogue of the collections of early Italian pottery formed by Signor Avvocato Marcioni and Cavaliere Capitano Lucatelli of Orvieto, lot 179. Possibly one of '27 glazed 15th cent. plates & bowls, said to have been excavated at Orvieto', purchased from the London dealer, Kerin, on 9 December 1933 by H.S. Reitlinger (d.1950); the Reitlinger Trust, Maidenhead, from which transferred in 1991. 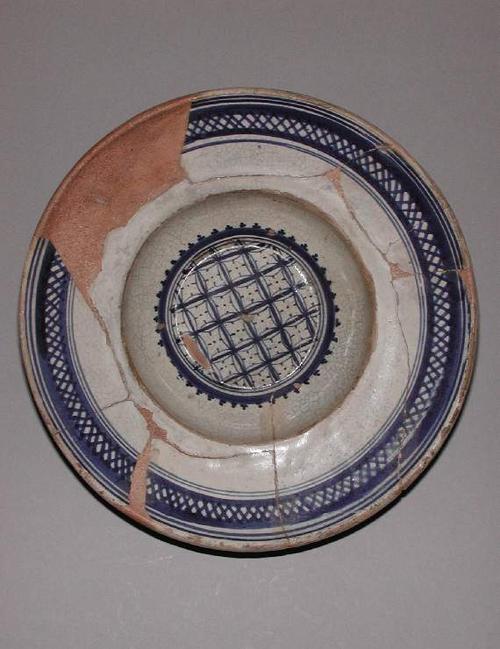