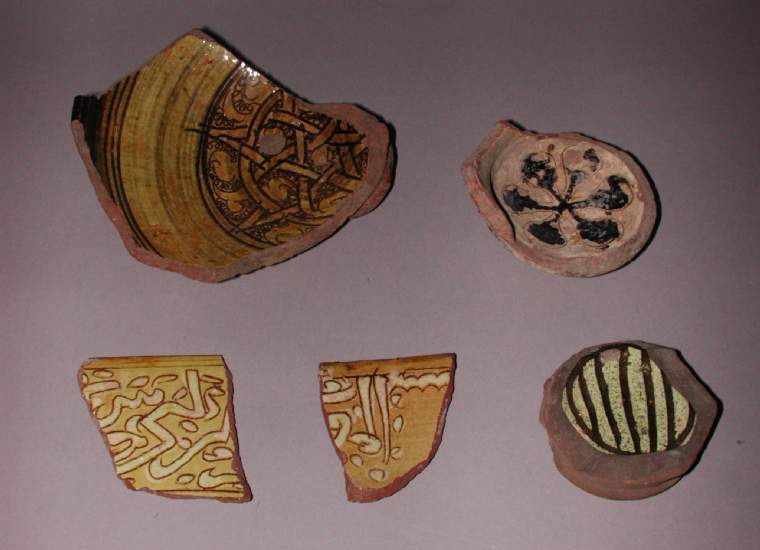 Five earthenware fragments, with and without cream slips, enhanced with light and dark brown pigment and incised under yellow glazes

Method of acquisition: Unknown (1948) by Farouk I University, Alexandria, Egypt