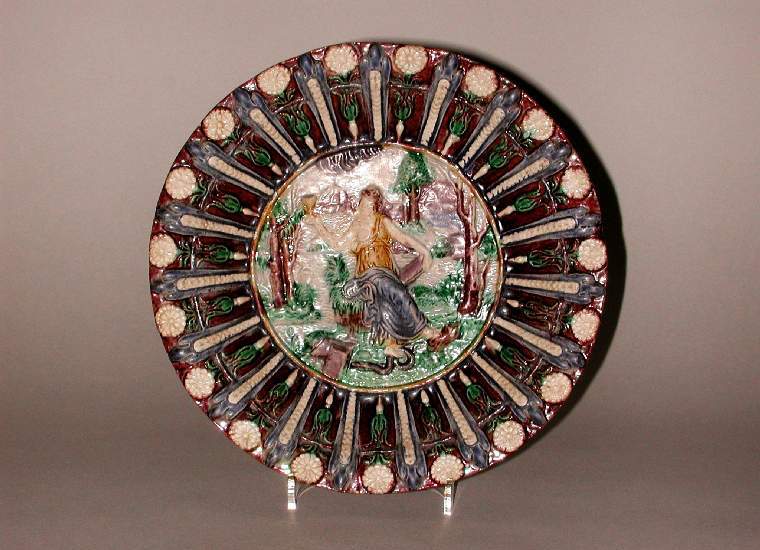 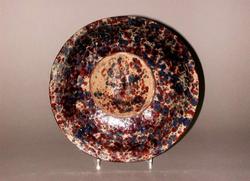 Off-white earthenware, press-moulded with decoration in relief, painted with clear and translucent blue, green, yellow, and manangese-purple lead-glazes; the reverse, mottled in blue and manganese. Circular with deep curved sides and slightly everted edge, standing on a low circular foot. In the middle there is a circular medallion enclosing a seated female figure representing Faith, holding up a chalice in her right hand and supporting a book against her hip with her left hand. Her left foot rests on a serpent whose head points towards two books lying on the ground, and her right rests on a log. Behind the woman there is a landscape with tree trunks on either side, a swan on a lake, two smaller trees, and distant rocks and buildings. The sides are decorated with nineteen stylized daisy plants in relief on a manganese ground separated by radiating blue straps with trefoil ends and a central off-white ridge formed by small overlapping discs.