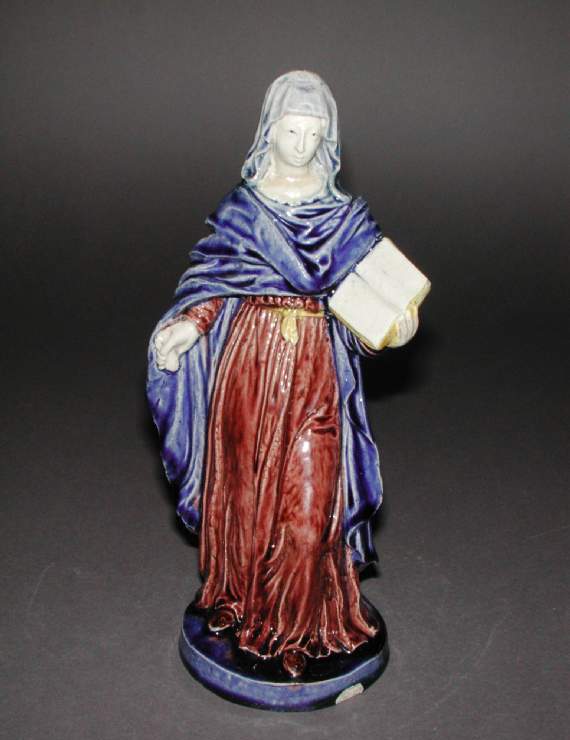 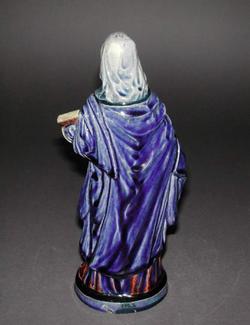 Buff earthenware, moulded, and decorated with blue, yellow, mulberry (manganese), and transparent lead-glazes. The figure is supported on a shallow circular blue base. The saint or allegorical figure, steps forward on her left foot, looking downwards slightly towards an open book held in her left hand. Her right hand she holds a purse-like socket for the insertion of an attribute, possibly a palm, now missing. She wears a greyish-blue veil, a long dark mulberry-coloured robe and shoes, a dull yellow belt, a long blue cloak.\par

When purchased by Glaisher the figure was described as 'a rare Palissy figure of a female Saint'. It is now thought more likely to have been made after his death at Avon, Fontainebleau. The figure might be a saint, but is also reminiscent of the representation of Religion on p. 456 of the illustrated edition of Cesare Ripa's 'Iconologia' published in Rome in 1603, although it holds a book in its left hand instead of flames signifying devotion. 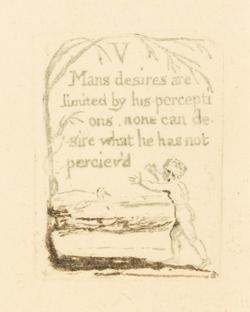 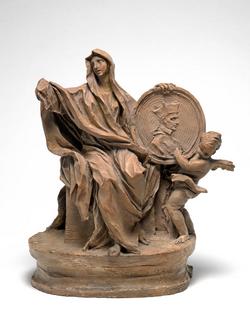 Bozzetto for the Monument to Cardinal Lelio Falconieri (d. 1648) in the tribuna of S.Giovanni dei Fiorentini, Rome 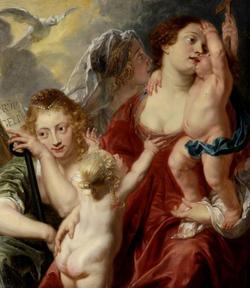 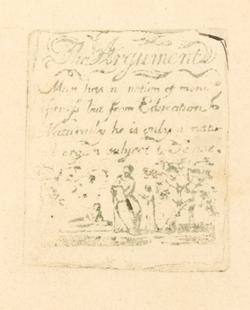