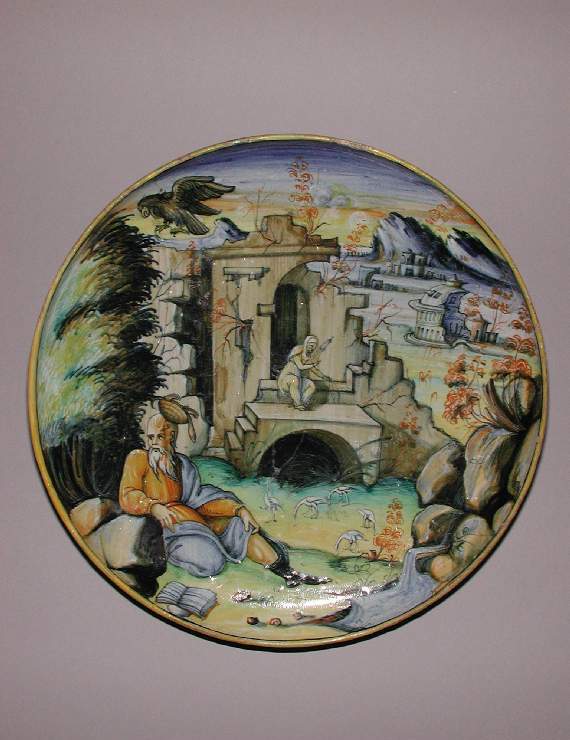 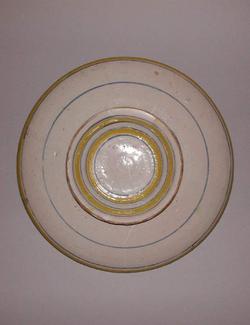 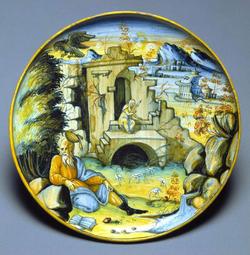 The Death of Aeschylus

Renaissance maiolica dish on a low foot, painted in polychrome with The Death of Aeschylus.

Dish on a low foot. Earthenware, tin-glazed overall; the reverse pale beige. Painted in dark greyish-blue, green, yellow, orange, brown, black, and white.
Shape 78 with a slight step in the foot. Circular with shallow upturned sides, standing on a low foot.
The Death of Aeschylus. Aeschylus reclines on the left beside a bush and rocks with an open book on the ground in front of him. An eagle flying above has just dropped a tortoise, which has landed upside down on his head. On the right are rocks and a stream, in the middle, five long-legged, long-necked birds, and a ruin in front of which the Fate, Clotho, sits holding a distaff. In the distance is a ruined rotunda and mountains. The rim is yellow. Inside the foot are two wide yellow bands each between narrow blue. The outside of the foot is yellow, and wide yellow and narrow blue bands encircle its junction with the dish. The back of the dish is encircled by a narrow blue band midway across, and narrow blue and wide yellow by the rim. 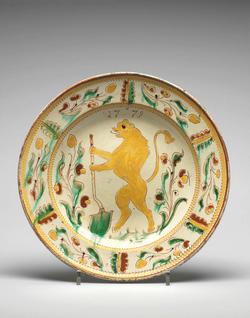 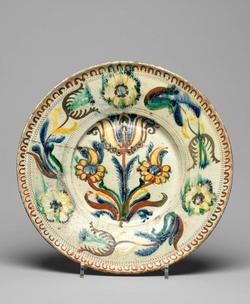 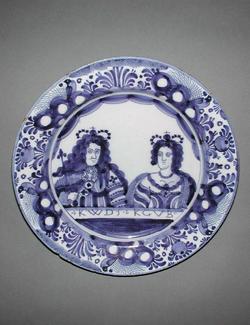 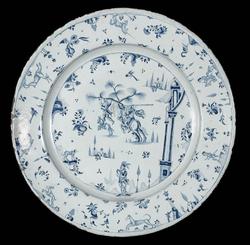 The death of Hippolytus

The Death of Aeschylus 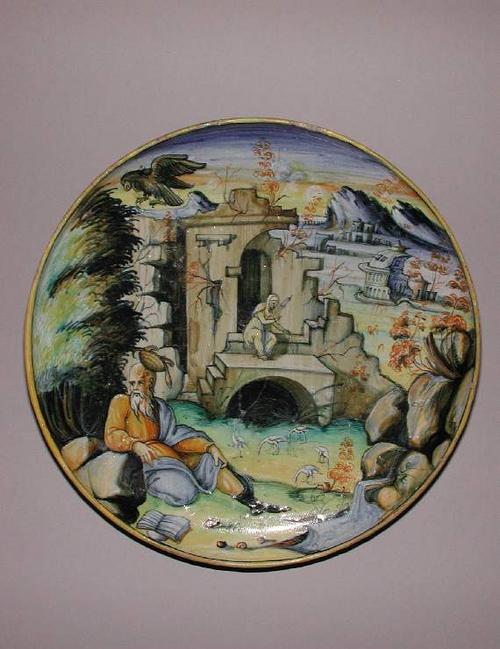