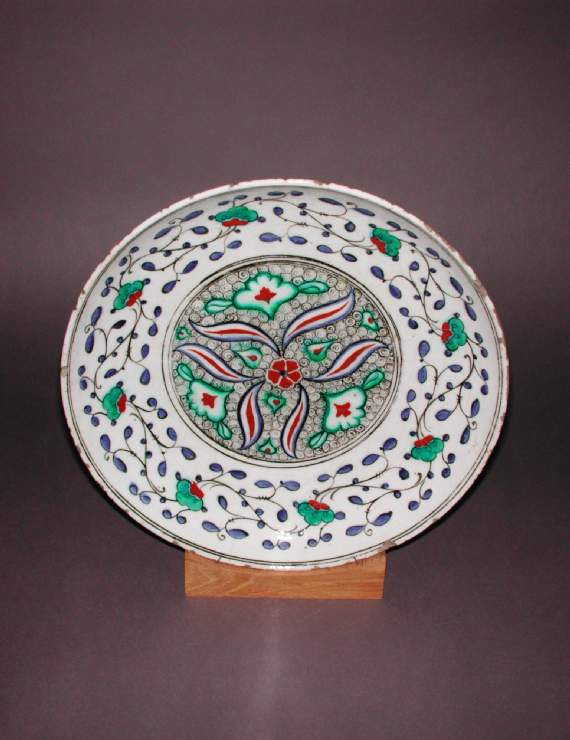 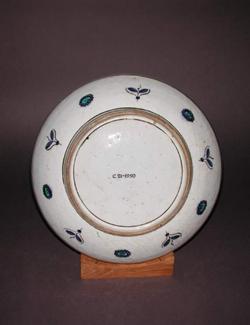 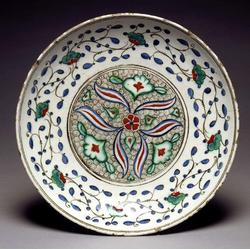 Fritware, probably mould made, painted in red slip, blue, emerald green and black under a colourless, slightly crazed, glaze
Shape: segmental bowl with a plain rim, sits on a low, wide foot ring
Interior: on the cavetto, enclosed by concentric black lines, a black meandering scroll with blue leaves and green and red stylised flowers. In the roundel, radiating from a central red rosette and on a background of black wave scrolls, a symmetrical pattern of blue and red leaf shapes, thickly outlined, interspersed with green and red flower heads.
Exterior: a frieze of rosettes in blue and green with black outlines. The glaze covers the surface except for the rim of the foot ring.

colourless, covers the surface except for the rim of the foot ring Glaze
Fritware