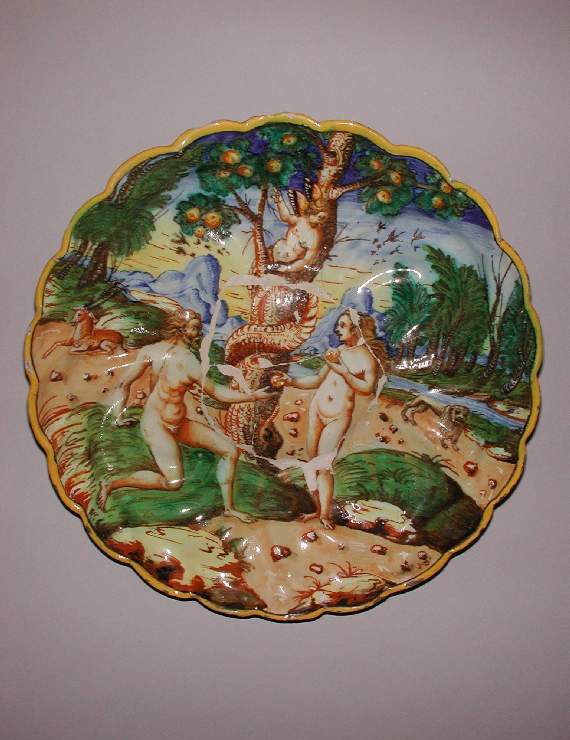 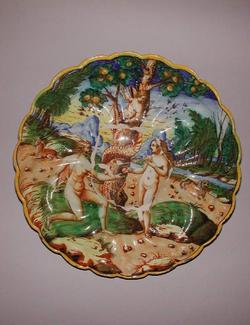 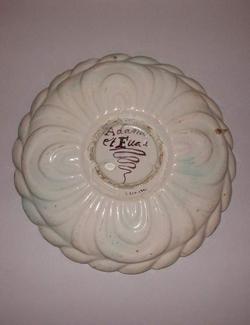 Renaissance maiolica shallow bowl, painted in polychrome with The Temptation.

Shallow bowl. Earthenware, tin-glazed overall; the reverse pale beige. Painted in blue, green, yellow, orange, brown, manganese-purple, and black.
Circular with a scalloped rim of twenty-two arcs, shallow curved sides moulded with petals, and convex centre; the foot is missing.
The Temptation. Adam sits on a bank on the left, extending his right hand to take the apple offered to him by Eve, who stands on the right. The Tree of Knowledge entwined by the Serpent is behind them. In the landscape background there is a stag on the left and a lion on the right. The rim is yellow. On the back, `Adam/et Eva' with a large loopy squiggle below is inscribed inside the footring in manganese-purple.

'The design was based on Bernard Salomon's fourth woodcut in Damiano Maraffi's 'Figure del Vecchio Testamento, con versi toscani', Lyon (Jean de Tournes), 1554 (fig. 46). The camel has been omitted and the rest of the background is different. 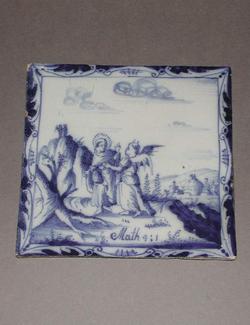 Temptation in the Wilderness 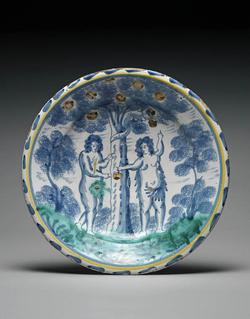 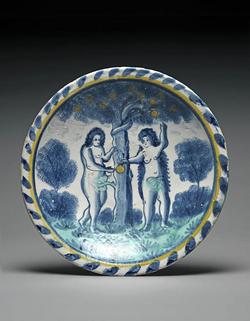 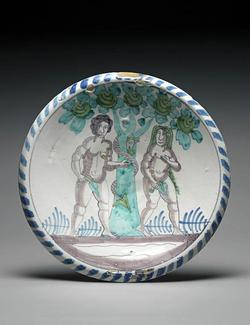 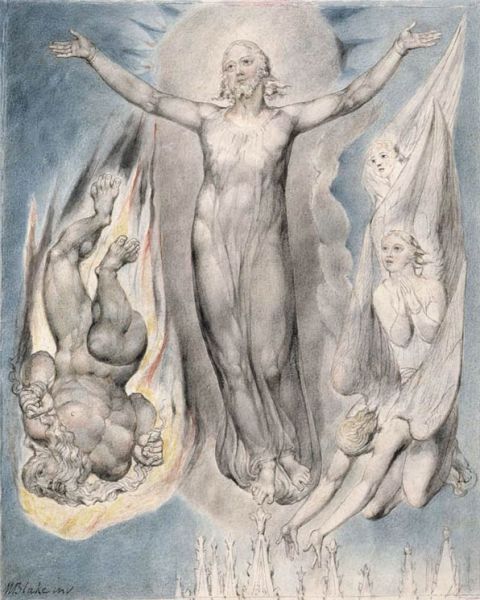 The death of Hippolytus 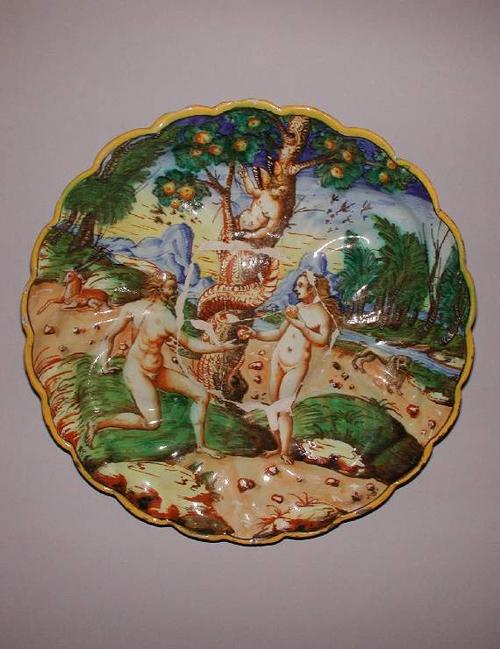