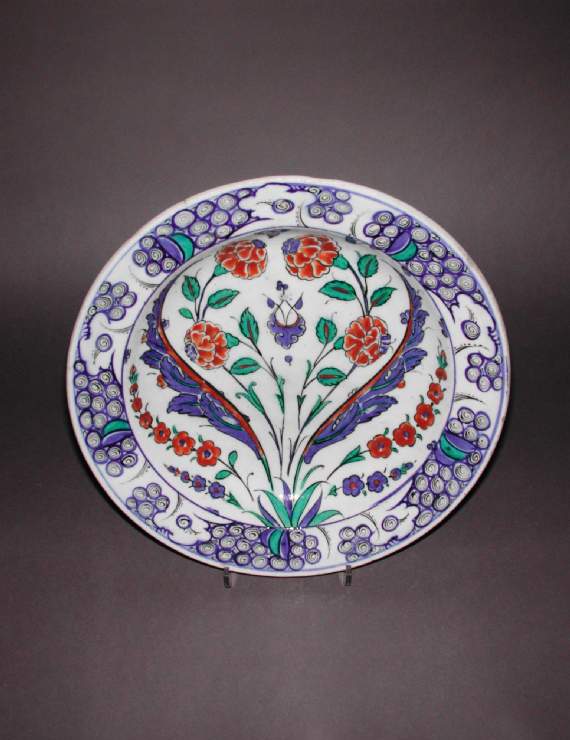 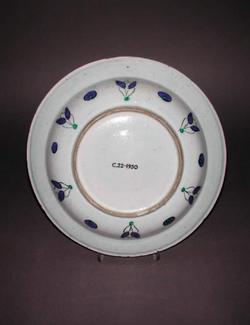 Fritware, mould made, painted in red slip, blue, emerald green and black under a colourless glaze which contains impurities forming black dots.
Shape: segmental bowl with a flange rim, sits on a low, wide foot ring
Interior: on the rim a rock wave pattern is painted in blue, green and black. On the body, a symmetrical floral spray of red carnations is surrounded by sickle shaped saz leaves and arching rose branches. Between and above the carnations respectively, an arabesque and cintimani are both painted in blue and red. Partial cloud bands painted in red hang from the flange rim.
Exterior: paired tulips and stylised waves are painted in blue and green with black outlines. Glaze covers the surface except for the rim of the foot ring.

colourless, covers the surface except for the rim of the foot ring, contains impurities forming black dots Glaze
Fritware