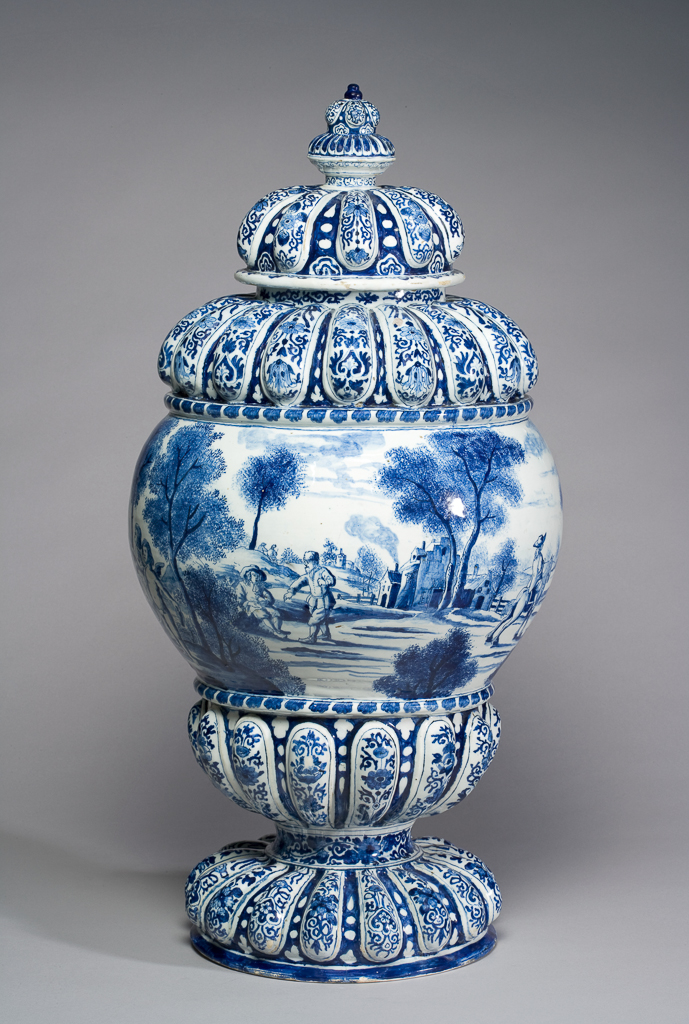 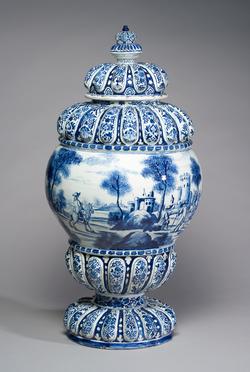 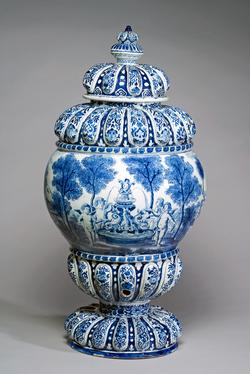 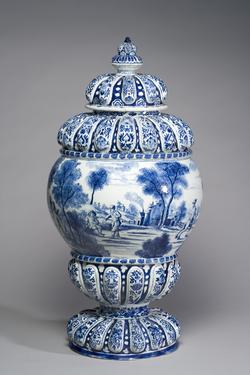 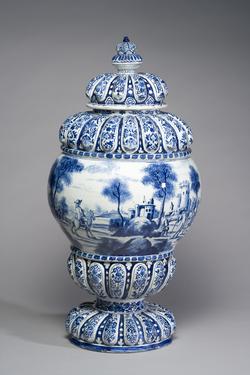 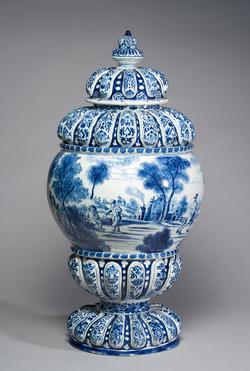 Pale buff earthenware thrown, with applied moulded gadrooning, tin-glazed, and painted in blue. The vase stands on a circular gadrooned foot rising up in the middle into a short stem which supports the body. The bowl-shaped lower part of the body is pierced by 14 holes over which on the outside are applied 14 moulded gadroons. The central part to the body is smooth and convex with a projecting horizontal ridge above and below. The domed shoulder is pierced by 18 holes over which on the outside are 18 moulded gadroons. The domed cover has a narrow flange round the edge, and is pierced by 10 small circular holes behind the same number of applied gadroons. The knob is in the form of a shallow circular bowl with a gadrooned cover surmounted by a replacement finial with 6 gadroons. The gadroons are decorated with Chinese-style flowers and symmetrical scrolls of two alternating designs. The convex area is painted with a continuous European landscape with buildings and sponged trees and bushes, amongst which are several men, one of them on a horse, and another smoking apipe. To one side is a garden with a balustrade and a fountain with dolphins, round which stand four putti. One of the gadroons below the fountain is pierced to take a spigot.

History note: An owner in the West Country; a hotel in Wales; George Stoner, London, from whom purchased on 17 January 1901 for £85. 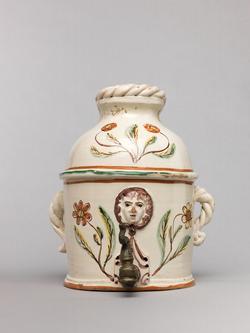 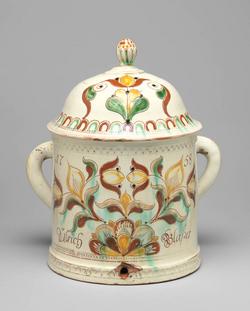 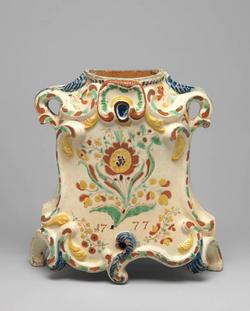 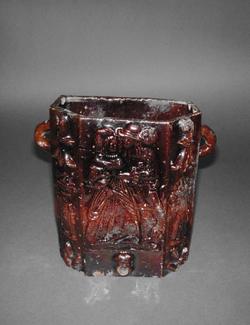 A Bundle of Asparagus - Art print