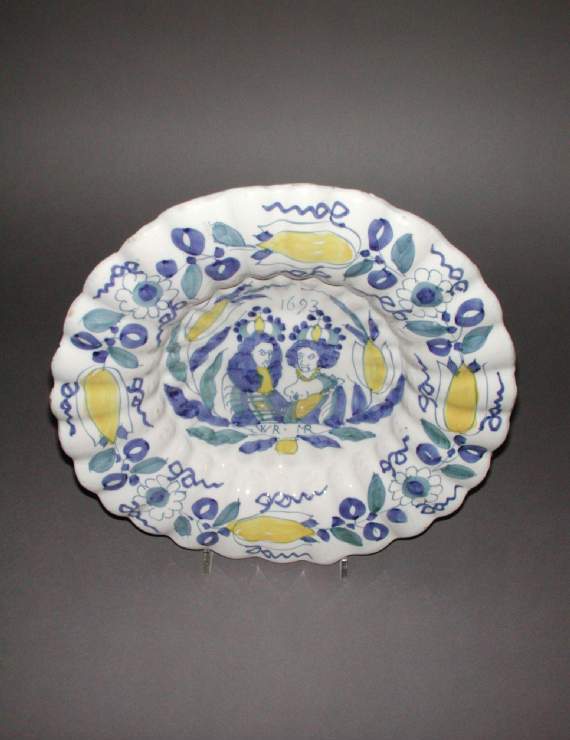 Buff earthenware, moulded, tin-glazed and painted in blue, bluish-green, and yellow. The circular dish has a wavy, everted edge, gadrooned rim and deep well with a convex centre, and stands on a footring. The well is decorated with half-length figures of William III and Mary II with initials 'WR . MR' below, and the date, '1693' above. Both are crowned. William wears a voluminous wig, a cravat and armour, and Mary has ear-length hair, and wears a necklace, and a dress with an indecently low neckline. On either side of them there is a curving tulip on a stem with several leaves. The curved rim is encircled by a continuous stem of tulips and daisies flanked by tendrils and separated by foliage.

Dishes of this moulded gadrooned form were imported into the Netherlands from Italy in the late 16th and early 17th century, and were made in Delft and elsewhere in the United Provinces in large quantities during the second half of the century.