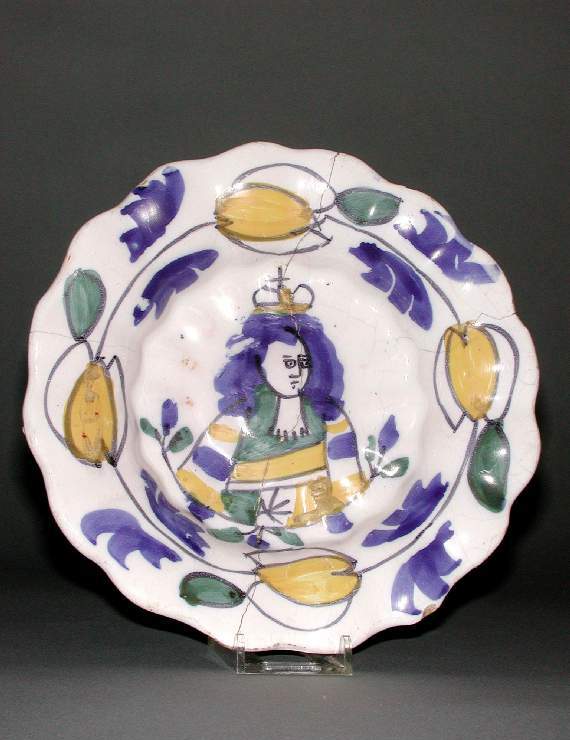 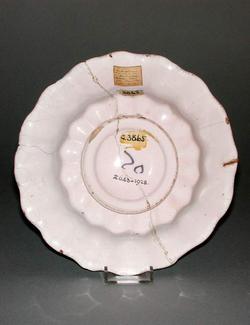 Tin-glazed earthenware painted in blue, green, and yellow with greyish-dark blue outlines. Circular with a wavy, gadrooned (16 lobes), and everted rim, deep sides and fluted centre, standing on a footring. In the middle is a half-length figure of William III wearing a crown and wig, with below, a spray of leaves which projects on either side of him. The rim is encircled by a continuous stem bearing blue and green leaves and four stylized yellow tulips. There is a peg mark and the remains of two others on the underside of the rim.

History note: Mr Blake, Wincanton, who sent it on approval to Cambridge, where purchased for £2.10s.0d. on 13 January 2017 by Dr J.W.L. Glaisher, FRS, Trinity College, Cambridge

Dishes and plates various fluted and lobed forms were imported into the Netherlands from Italy in the late 16th century and were produced in large numbers in the Netherlands during the 17th century.

When acquired by Glaisher the dish was believed to have been made in Wincanton in Somerset. 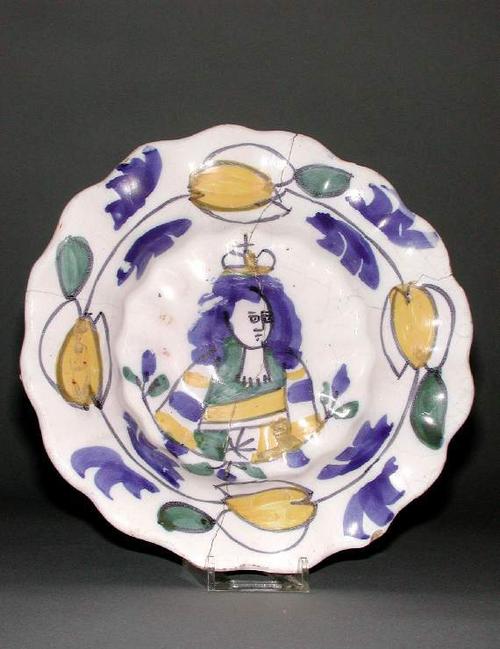