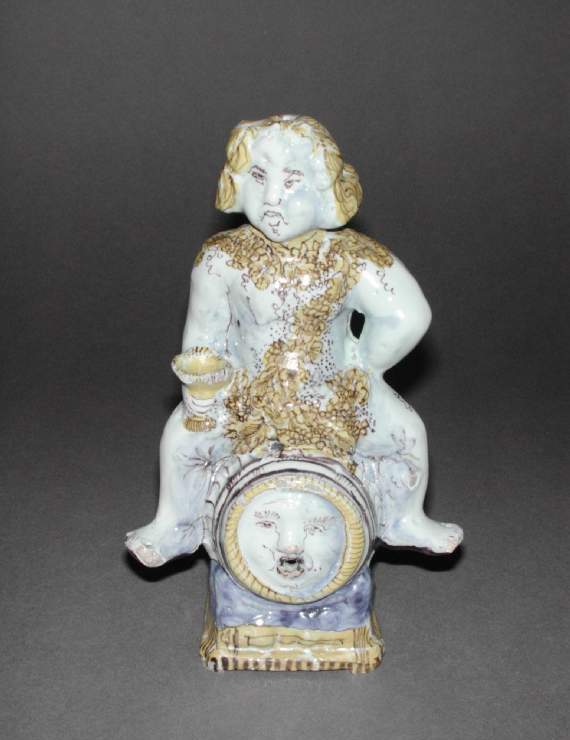 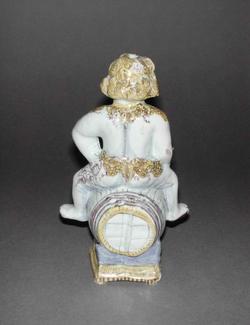 Bacchus sitting astride a barrel

Buff earthenware, press-moulded in parts, tin-glazed, and painted in blue, yellow, and manganese-purple. Bacchus is seated with his legs astride a barrel. He holds a cup in his right hand and has his left hand on his left hip. He has a ventilation hole in the top of his head which is covered by short curly yellow and manganese-purple hair. He is clad in a wreath of yellow and purple vine which encircles his neck, passes across his torso from his left to right, and branches out so that it covers the lower part of his body. At the back a short length of vine covers his waist. The barrel is supported on a square base with four pad feet at the corners. The staves of the barrel are striped in blue and manganese, and on its circular end it has a yellow border enclosing a face with a hole for a spigot forming its mouth. The pedestal has a blue cradle to hold the barrel, resting on a yellow base with an edging of manganese-purple strokes. 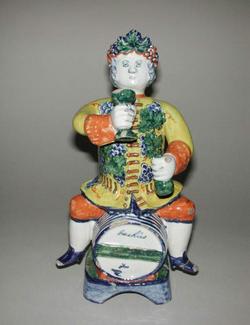 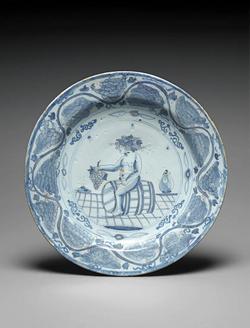 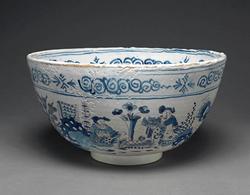 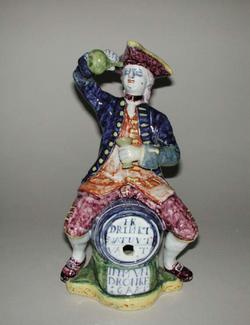 Drinker seated on a Barrel