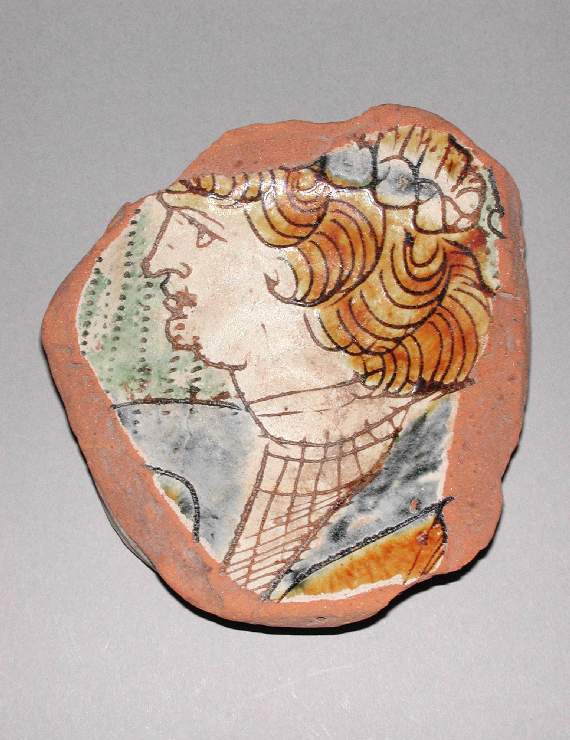 Renaissance, earthenware fragment from a dish centre, slip coated, incised, painted in blue, green and brownish-yellow under lead glaze, with a man's head.

Pale red earthenware, the upper side and part of the reverse coated in white slip. Incised decoration painted in blue, green, and brownish-yellow under lead glaze. Three-sided with a footring on the underside.
A man's head, neck, and part of his shoulder in profile to left.

History note: Purportedly from the Lagoon in Venice. H.S. Reitlinger (d.1950); the Reitlinger Trust, Maidenhead, from which transferred in 1991.