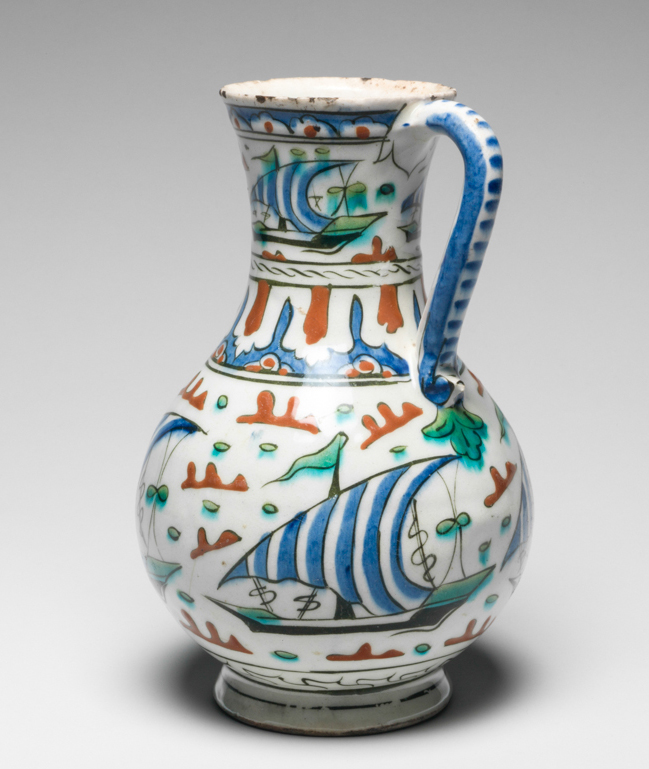 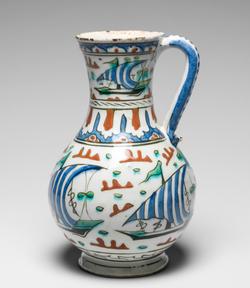 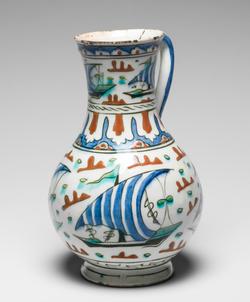 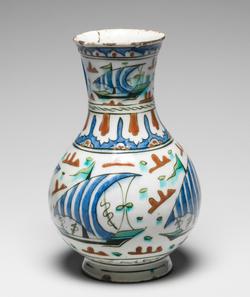 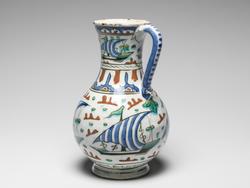 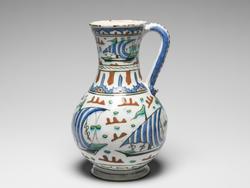 Fritware coated in a white slip and painted in blue, red, green and black under a transparent white glaze.
Shape: pear shaped body with slightly flared neck sitting on an out-turned foot ring. A strap handle with lower finger rest is attached just below the rim and on the shoulder.
Exterior: just below the rim, a frieze of blue lobbed arches is outlined in black and contains a red central dot. On the neck and body, a frieze of lateen-rigged ships with blue and white stripped sails on black and green hulls and rigging float amongst red or green stylised islands, all outlined in black. On these ship friezes, the green pigment has run slightly into the white background. On the shoulder, separating the ship friezes, a band of dashed lines sits above lotus panel arcading in red and blue outlined in black. The handle is painted with blue horizontal and vertical stripes. On the lower body, a frieze of black scrolling lines is enclosed by sets of black concentric lines. Glaze covers the surface except the rim of the foot ring.
Interior: surface is coated in glaze but otherwise undecorated.

Given by Messrs. Durlacher

Method of acquisition: Given (1911) by Durlacher, Messrs

transparent white glaze, covers the surface except the rim of the foot ring Glaze Fritware

Throwing : Fritware coated in a white slip and painted in blue, red, green and black under a transparent white glaze
Glazing (coating)