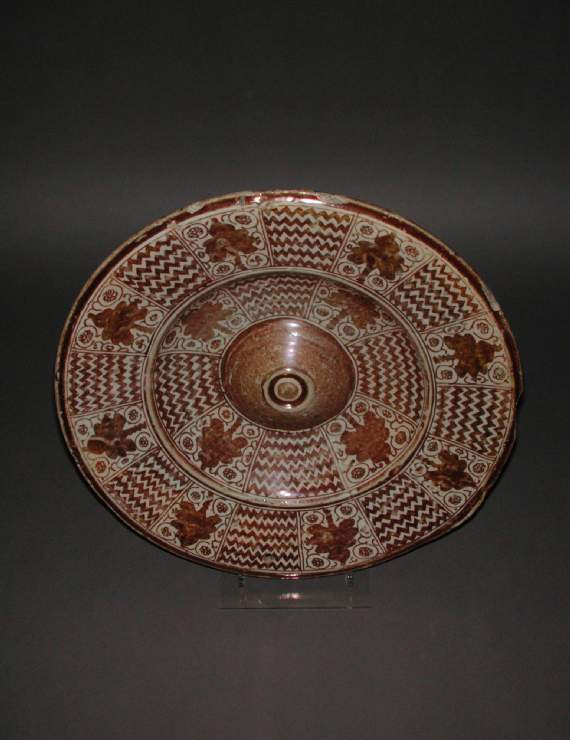 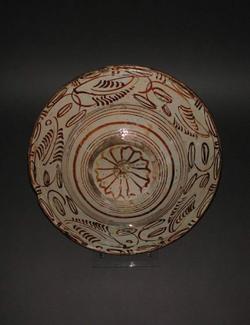 Buff earthenware, tin-glazed cream and painted in red-brown lustre. Circular with a wide sloping rim, a curved well and central boss with a small circular depression in the centre. The centre of the boss is decorated with a spot within a circle. The rest of the boss is lustred overall. The well is divided into eight panels, four containg a large leaf surrounded by flower heads within curling tendrils, and four containing close-set zig-zag lines. A narrow band and a broad band encircle the edge of the well. The rim is divided into sixteen compartments containing similar alternating designs. The reverse has a large multi-petalled flowerhead in the centre, outside which are four concentric bands, a broader band, and four more narrow concentric bands. The underside of the rim has a border of large fern-like and smaller oval leaves on tendrils. A suspension hole has been bored through the rim.

Given by Mrs W. D. Dickison