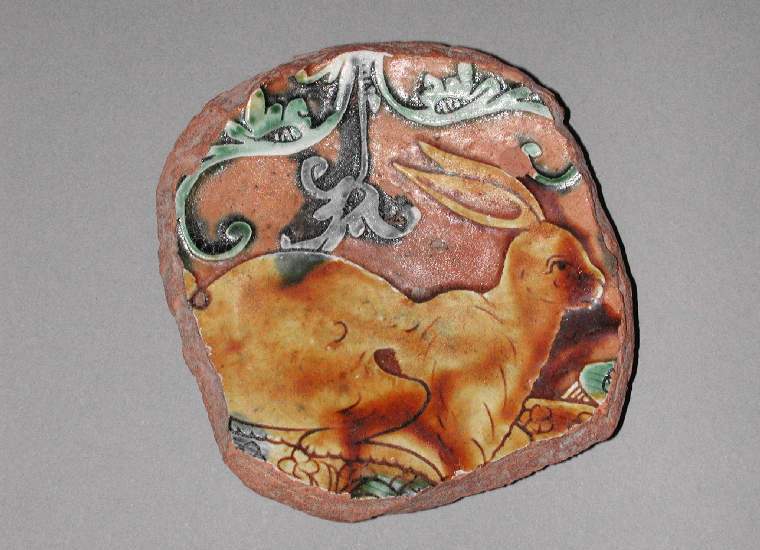 Renaissance, earthenware fragment from a dish centre, slip-coated, incised, painted in blue, green and yellow under lead glaze, with a crouching rabbit.

Red earthenware, coated in white slip on both sides, except inside the footring. Incised decoration with cut-away background, painted in blue, green, and brownish yellow under lead glaze. Irregularly shaped circle with a footring on the underside.
A crouching rabbit in profile to right with foliage above. On the back, white rays radiating from a green band round the footring.

History note: Purportedly from the Lagoon in Venice. H.S. Reitlinger (d.1950); the Reitlinger Trust, Maidenhead, from which transferred in 1991.

Rabbits were among only a few animals used as decoration on incised slipware from Venice, presumably because they were symbols of fecundity.

Slip-coated : Red earthenware, coated in white slip on both sides, except inside the footring. Incised decoration with cut-away background, painted in blue, green, and brownish yellow under lead glaze.