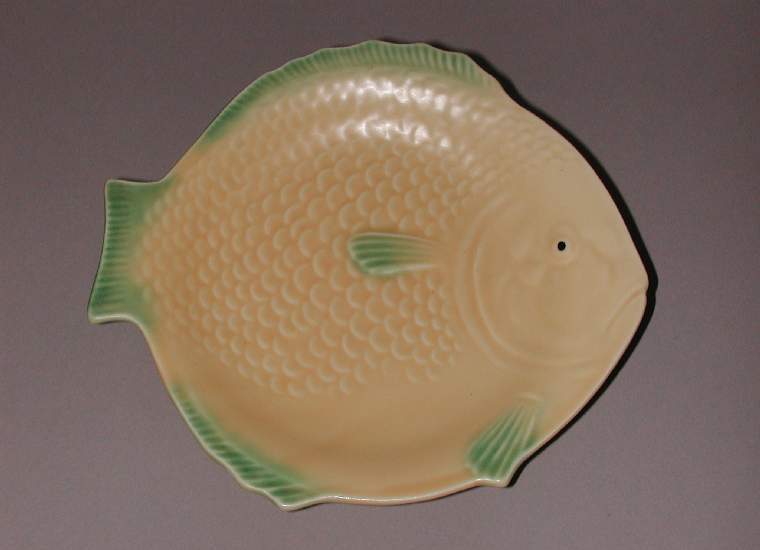 Moulded earthenware dish in the shape of a fish. Circular base, shallow curved sides and fish-shaped edge. The interior is moulded with scales, a fin, and the mouth, eye and gill of the fish. The whole piece is covered in a matt, apricot glaze, with pale green glaze lightly applied over on fins and tail and the pupil of the eye painted black. Three spur marks near the edges. 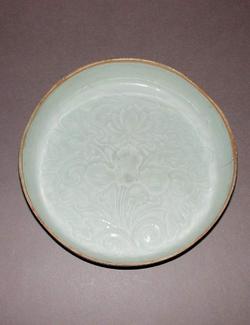 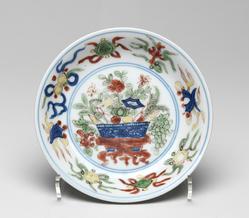