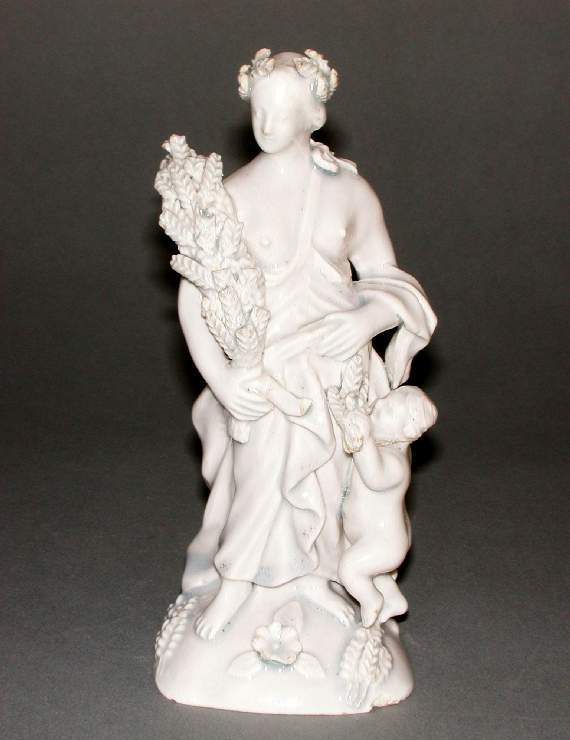 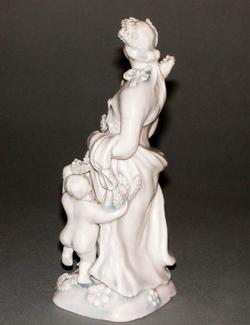 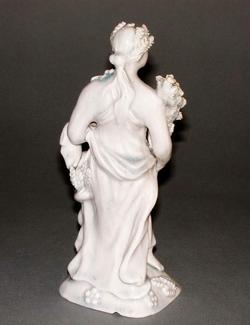 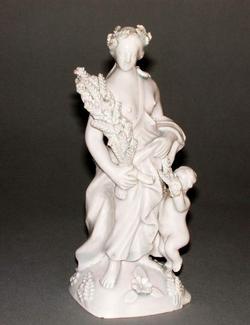 Ceres with a Putto representing Summer

Figure of Ceres holding a sheaf of corn and accompanied by a putto, standing on a domed square base, glazed soft-paste porcelain

Figure of Ceres accompanied by a putto. Soft-paste porcelain, press-moulded, with thick, speckly, starch-blue glaze. The closed mainly unglazed underside is slightly concave, and has an almost central ventilation hole. The figures stand on a four-sided mound base decorated with applied wheat ears and single flowers. Ceres stands with feet slightly apart holding a sheaf of corn in her right arm, and holding her drapery to her front with her left hand. Her long hair is drawn back and the sides of her head are adorned with ears of corn. She wears a long tunic which reveals her shoulders, and breasts, and is held up by a strap between them which is tied in a bow on her left shoulder. A nude putto stands on her left holding up bunches of ears of corn in both his hands, but the goddess turns her head away from him.

Bernard Rackham pointed out a relationship between this model and an ivory from a set of Seasons by Balthasar Permoser in the Herzog Anton-Ulrich Museum, Braunschweig (see Documentation, Rackham, 1917). However the ivory has the putto on the viewer's left of Ceres, and he holds the sheaf of corn, while she stands with her left arm on her hip and right arm down touching the corn.. 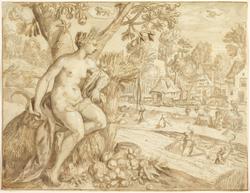 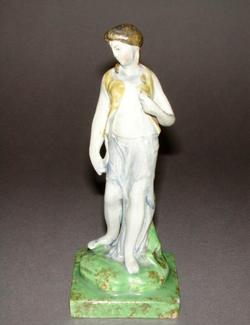 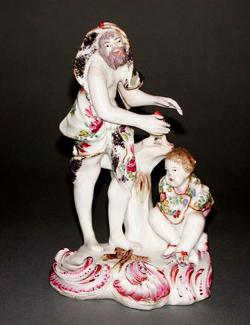 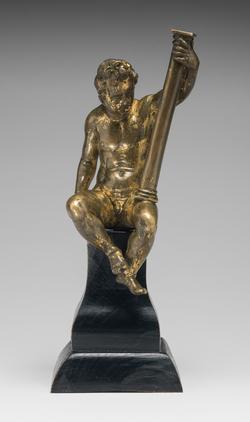 Seated Putto with a Column 94 Degrees in the Shade - Art print