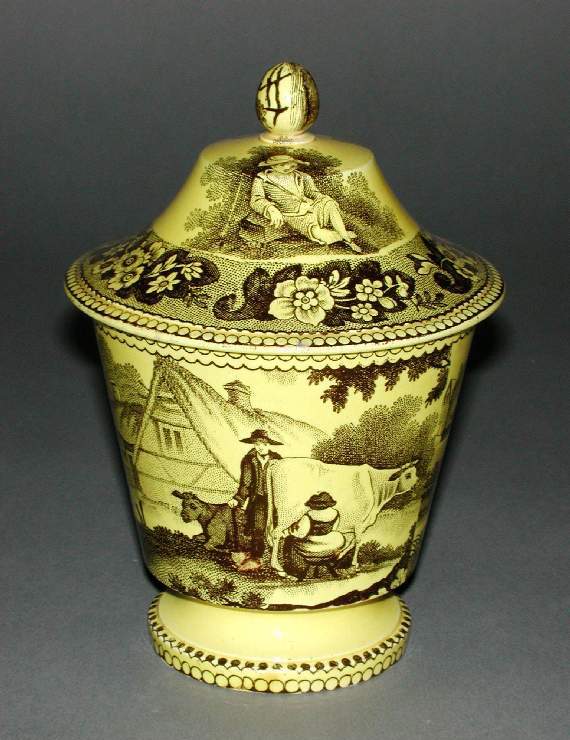 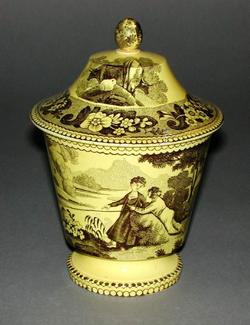 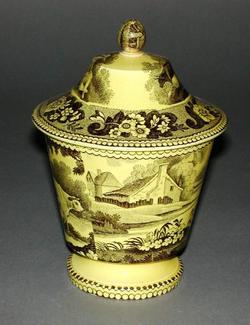 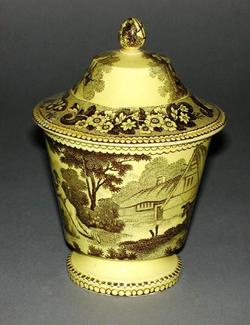 Yellow-glazed cream earthenware transfer-printed onglaze in black. The bucket-shaped bowl, stands on a low, incurved foot with a vertical edge. The cover has deep sloping sides, an almost flat top, an oval finial, and an internal flange under the rim. The sides of the bowl are decorated wth a continuous rural scene with a conspicuous join on one side. On the left, a woman and a boy look towards buildings on the far side of a lake. On the right, a woman is milking a cow, watched by a man. Round the rim is a border of adjacent circles with a scalloped line below. The edge of the foot has a similar border with small hatched circles above. The cover is decorated with a boy seated in front of a bush, and with a cow and a sheep in front of a bush, surrounded by a floral border with a stippled background and edging of adjacent circles. The pattern on the finial is unclear.

Given by G. H. W. Rylands in memory of his mother, Betha Wolferstan Rylands