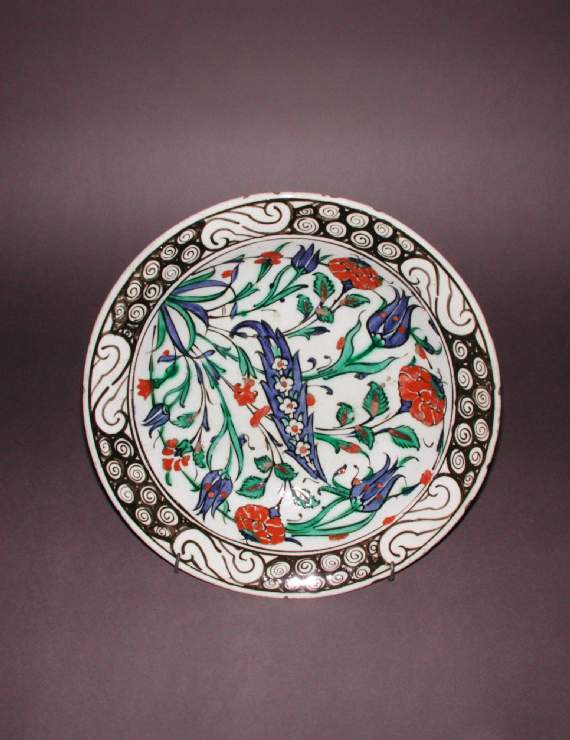 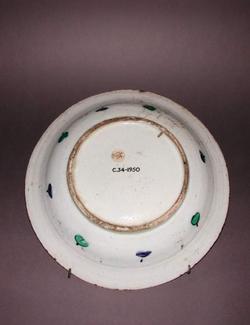 Fritware painted in poylchrome under a colourless glaze

Fritware, probably mould made, painted in red slip, blue, emerald green and outlined in black under a colourless glaze
Shape: segmental bowl with a slightly everted rim, sits on a low, wide foot ring
Interior: on the rim a stylised rock wave pattern, separated by ‘S’ shapes, is painted in black. On the body a floral spray comprising blue tulips, with red dots and green leaves, and red carnations with green and red leaves. Overlying the spray, a blue saz leaf adorned with a central prunus branch painted in white and red.
Exterior: on the body a frieze of green stylised peaches and blue leaves are also outlined in black.

colourless, covers the surface except for the rim of the foot ring Glaze
Fritware