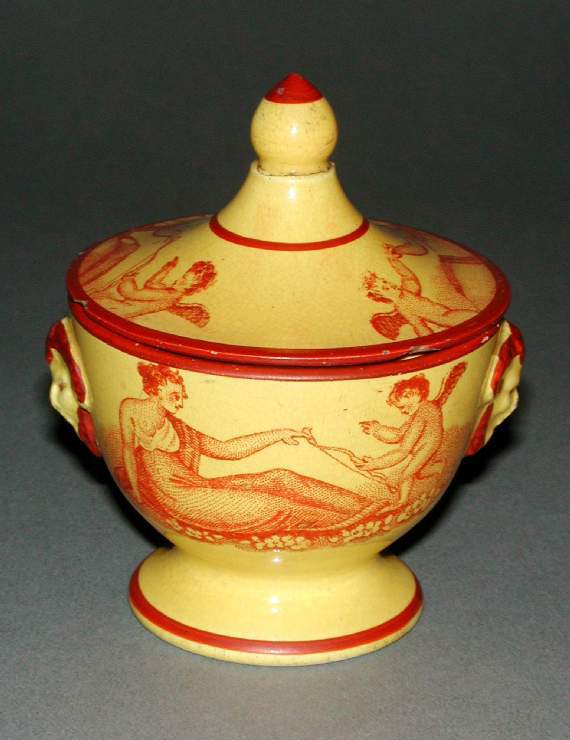 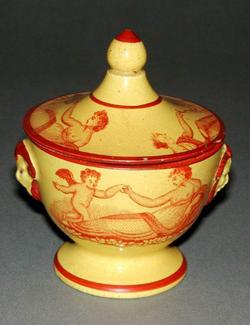 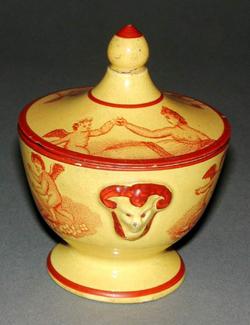 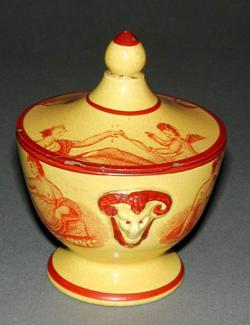 Yellow-glazed earthenware bat-printed and painted in red enamel. The hemi-spherical bowl has two moulded and applied ram's head lugs, and stands on a low, sloping circular foot. The cover rises gently up to a small platform in the centre on which is the cone-shaped finial. One side of the bowl is decorated with Venus and Cupid, and the other side with a different Venus and Cupid. The cover is decorated with the upper part of the same two prints. There are red bands on the foot, the rim, the edge of the cover, and round the middle of the cover. The finial is capped with red and the upper and lower edges of the lugs are picked out in red.

Probably made in north Staffordshire or Tyneside