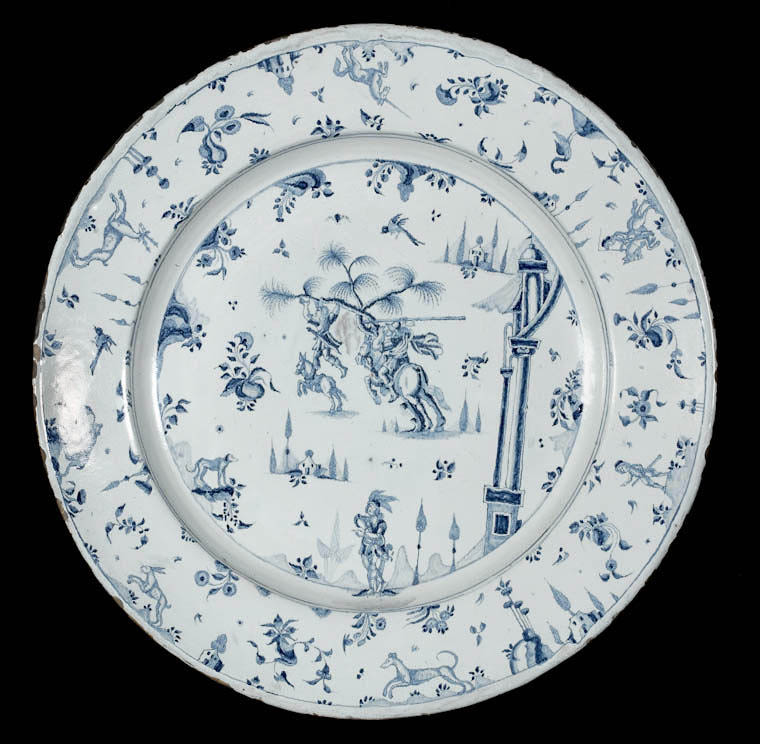 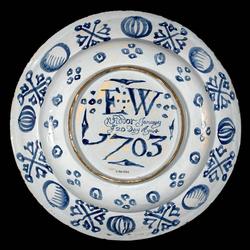 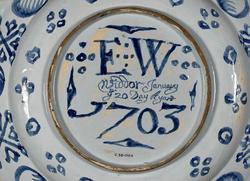 Tin-glazed earthenware painted in blue; the Death of Absalom, with other figures, detached sprigs, animals, and buildings; inscribed on the back 'EW/widdor January/ye 20 Day A yard/1703

Reddish-buff earthenware with very pale turquoise glaze, painted in blue. Circular with a wide rim, shallow curved sides and flat centre, standing on a footring. Decorated in the middle with the 'Death of Absalom' and over the rest of the flat area with scattered motifs of a tall building, houses, figures of men and animals, floral sprigs and trees. The rim is decorated with similar motifs, the animals and figures orientated with their feet near the outer edge. The back is inscribed within the footing 'E:W/Widdor January/te 20 Day A yard/1703'. The back of the well is decorated with groups of four small circles alternating with larger circles, and the rim with striped ovals alternating with crossed batons with leaves in the spaces.

This style of the decoration of this huge dish was influenced by seventeenth-century Ligurian maiolica which was imported into England. The central motif was taken from the Old Testament, when Absalom, while fleeing on horseback caught his long hair in a tree, and was subsequently captured and killed.