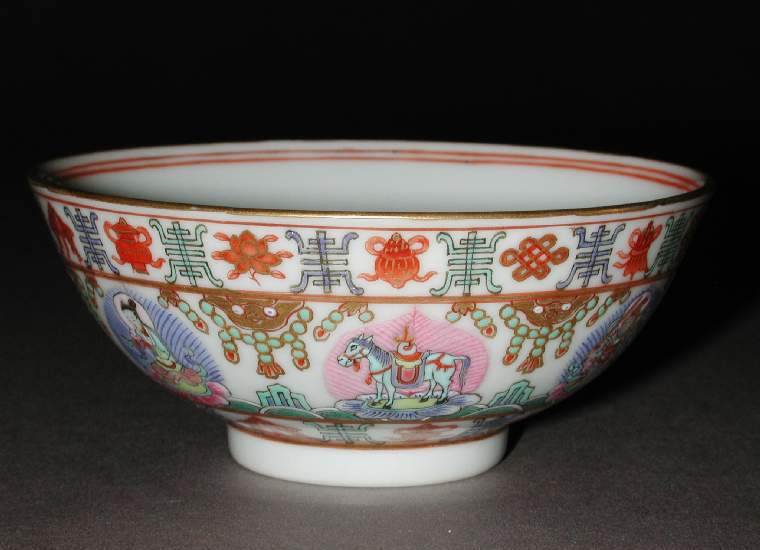 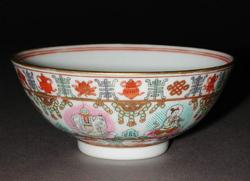 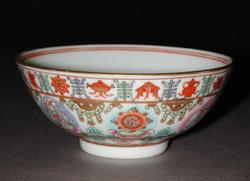 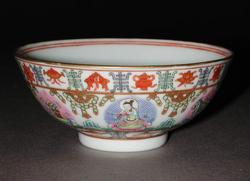 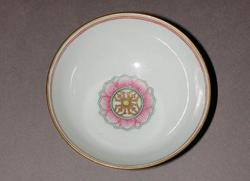 Small hard-paste porcelain bowl. Thrown and painted onglaze in blue, turquoise, green, yellow, pink and red enamel-colours and gilt. Circular with shallow curved sides, standing on a footring. On the exterior are the Seven Jewels between borders of the Eight Buddhist Precious Things, alternating with shou characters. The interior depicts a central lotus motif and two narrow red bands round the rim. The rim is gilt, and gilt bands separate the zones of decoration on the exterior.
Mark: In red enamel on the base, in Mongolian Script: Baragon Tumed (West Wing of the Tumed Banner) within a square

History note: Malcolm Clarke. Part of a service made for the marriage of an imperial princess to a Mongolian prince of the Tumed Banner, circa 1842. Other pieces from the set can be found in a number of different museums

Inscription present: In red enamel on the base, in Mongolian Script, within a square 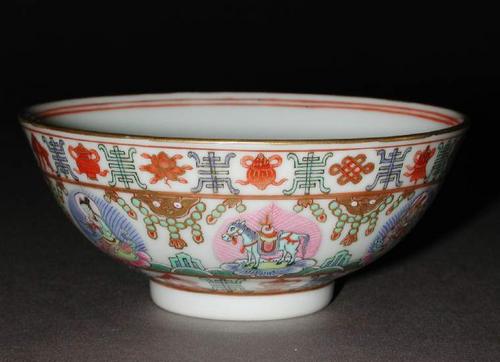