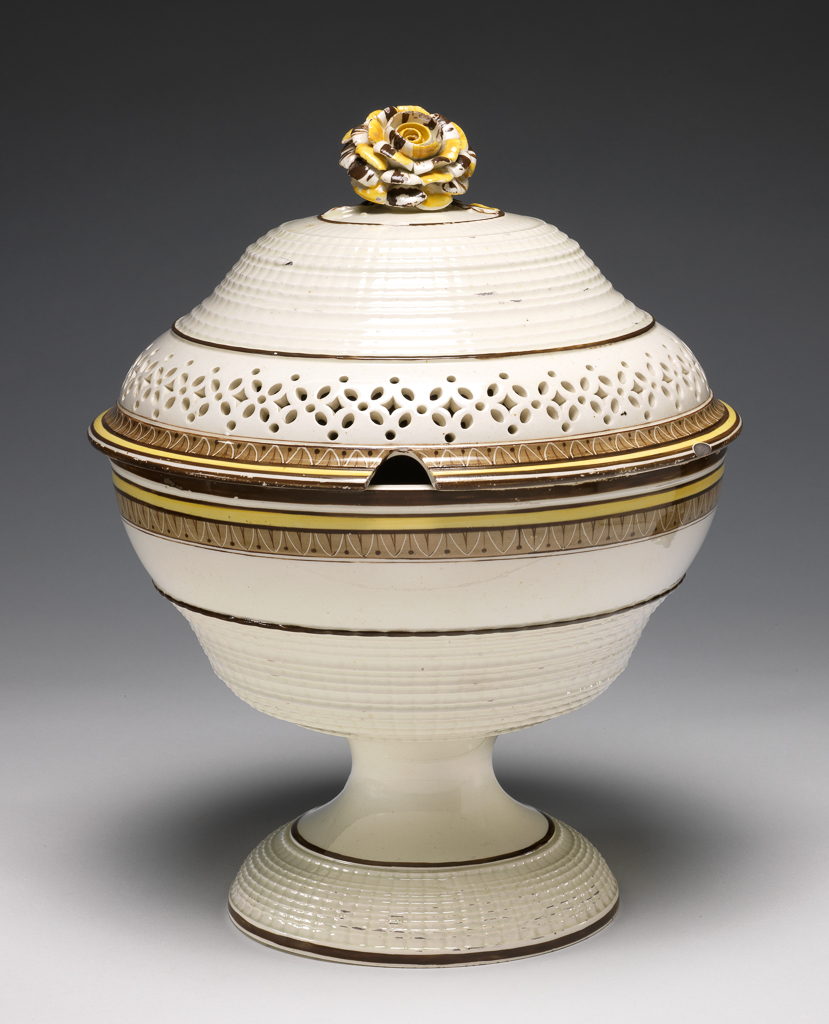 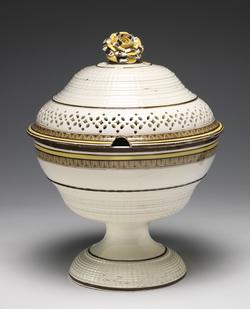 Creamware bowl and cover. Decorated with with engine-turning, piercing and painting in yellow and brown enamels. The circular bowl has an ogee profile and stands on a domed spreading foot. The domed cover is also of ogee outline and has an aperture in the rim for a spoon, and a large rose-shaped knob on a stalk with three leaves and two buds. The outer edge of the foot, the lower part of the bowl and the upper part of the cover are decorated with zones of turned bands resembling basket-work, and the cover has a pierced repeating border of four-petal flowers separated by a lozenge with a circle above and below. The cover and bowl have a brown edge, borders of a yellow band between two brown, and an inner border of brown formal leaves alternating with a berry on stalk. There are horizontal brown bands on either side of the turning on the foot and cover, and above the turning on the bowl. The knob is dabbed with yellow and brown.

The mark (W****) has still not been identified securely, but the bowl corresponds to no. 79 on pl. 45 of the James and Charles Whitehead Pattern Book of 1798. The brown and yellow border was Pattern 133 in Daniel & Brown's Pattern Book before Daniel moved to Spode. See the Documentation for various suggestions on the origins and use of the mark.