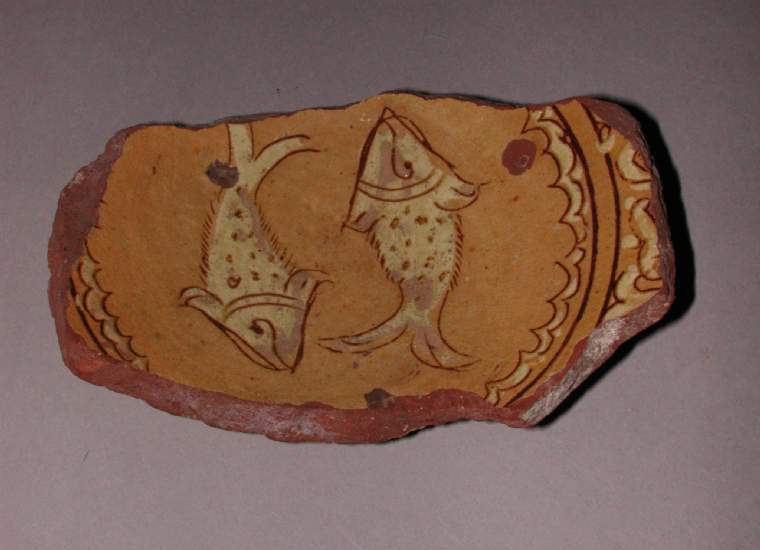 Earthenware fragment, incised through a cream slip under a thin yellow glaze

Wheel-thrown earthenware bowl fragment with a red body tone, incised through a cream slip under a yellow glaze
Shape: base, upper part of foot ring and part of rounded lower body of a vessel
Interior: yellow glaze over a cream slip, on the base two fish with incised curving mouths, gills, fins, stippled marks on the bodies, curling forked tails and hatched furry-looking outlines swim around each other, their bodies enhanced with an extra layer of slip creating a relief effect and a paler tone under the glaze, around them part of a scalloped decorative band encircles the base
Exterior: yellow glaze coating applied over a cream slip, undecorated

Throwing : Wheel-thrown earthenware bowl fragment with a red body tone, incised through a cream slip under a yellow glaze