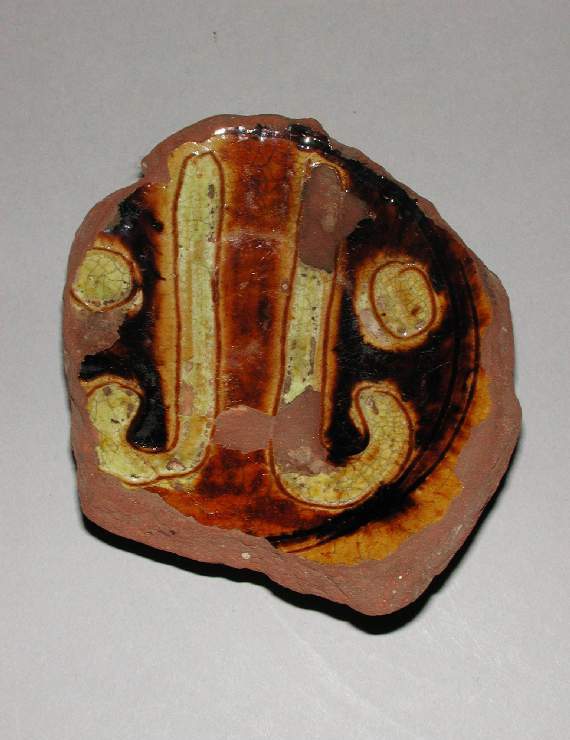 Earthenware fragment, incised and carved through a cream slip under a thin yellow glaze and enhanced with areas of dark and light brown pigment

Wheel-thrown earthenware bowl fragment with a red body tone, incised through a cream slip under a yellow glaze and enhanced with areas of dark and light brown pigment
Shape: base, straight foot ring and small part of lower body of a vessel
Interior: over a cream slip, an incised circle around the base encloses a blazon design of a pair of polo sticks with a ball below the foot of each stick, the sticks and balls enhanced with a thicker layer of slip creating a relief effect and paler tone under the glaze, the ground between the sticks enhanced with a light brown pigment, and around them, with dark brown, the whole covered in a layer of yellow glaze
Exterior: thin layer of yellow glaze over an unevenly applied cream slip allowing areas of darker body fabric to show through, the underside of the foot ring unslipped and unglazed

Throwing : Wheel-thrown earthenware bowl fragment with a red body tone, incised through a cream slip under a yellow glaze and enhanced with areas of dark and light brown pigment