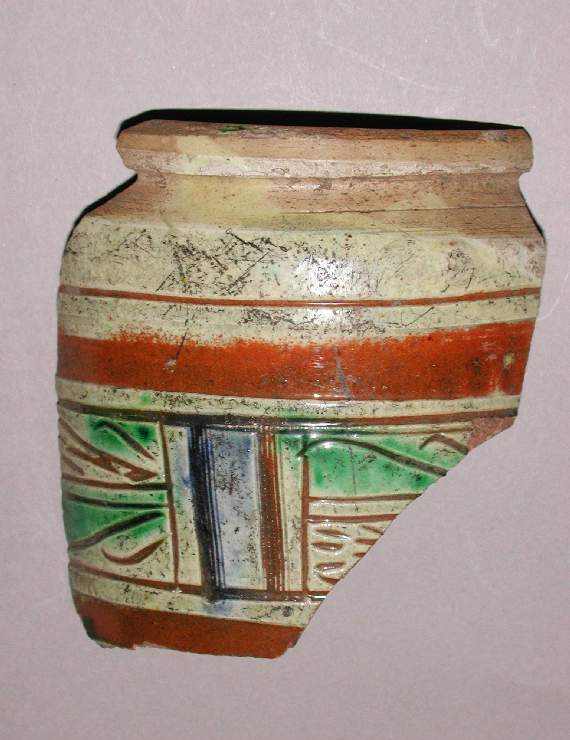 Pale buff earthenware, thrown, coated with brown and pale cream slip, with incised decoration coloured blue and green, and lead-glazed. Part of a cylindrical jar of albarello form. The fragment has part of a broad horizontal band of incised vertical and horiontal lines, partly coloured green and blue, between two horizontal bands of brown, with a narrow band of brown below.

History note: Found in City Road, London (outside the City boundary) by G.F. Lawrence, Wandsworth and given by him to Bernard Rackham (1876-1964)