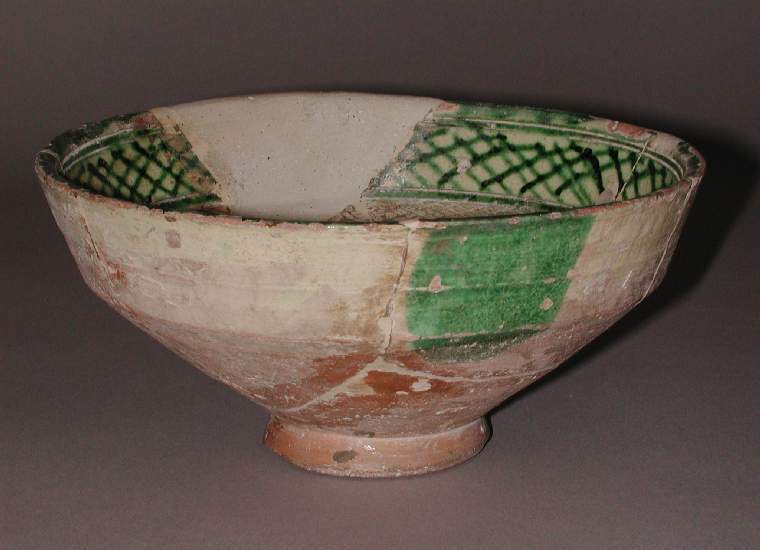 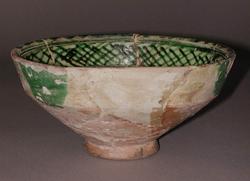 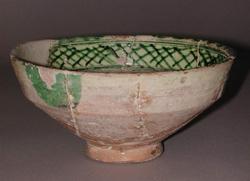 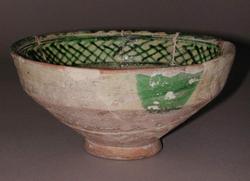 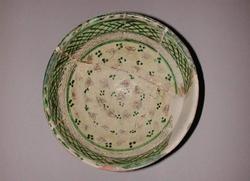 Red-brown earthenware, wheel-thrown, coated with cream slip and painted in green under a clear glaze with incised decoration.
Shape: Finely potted carinated bowl with a plain rim standing on slightly concave disc base.
Interior: Cream slip over entire surface, green colouring painted in scallops on rim. Green cross-hatch decoration forms a band over neck and in incised lines forms a band in upper body, both enclosed by green painted concentric lines. Lower body is decorated with groups of three or four green dots combined with incised triangles with interior scrolls.
Exterior: Cream slip runs unevenly over neck with three ‘tongues’ in green at regular intervals extending over carination between neck and body.