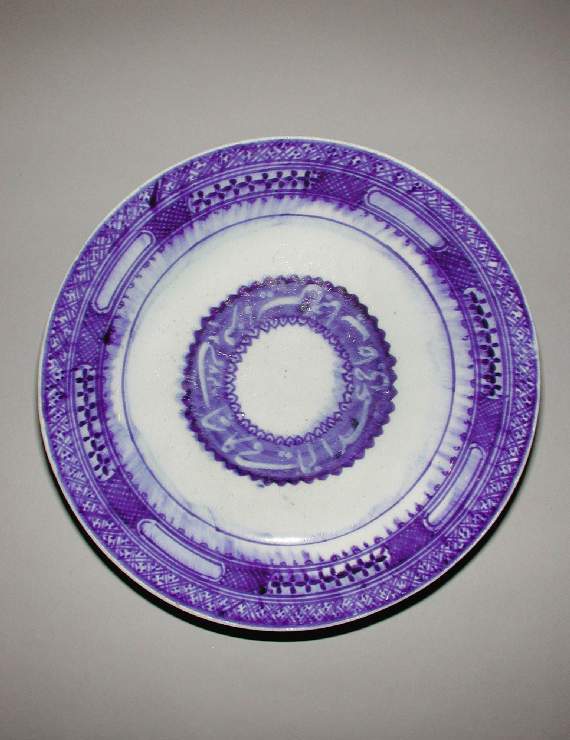 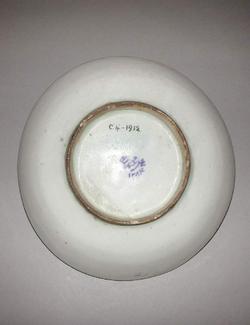 Fritware painted in blue under a white glaze

Fritware, probably wheel thrown, painted in blue under a white glaze.
Shape: shallow hemispherical bowl with a plain rim and a slight carination in the lower body, sits on a wide, low foot ring
Interior: on the body three narrow friezes are painted, beginning with a dotted chevron pattern below the rim; under which rectangular empty catouches alternate with examples filled with quatre-foil shapes, all painted on a cross-hatch background. Finally a near empty band contains pendant dotted circles and dashes on the lower body. On the base a scalloped disc with white centre contains white Arabic script painted in reserve against a blue background.
Exterior: a signature mark is painted in blue on the underside of the foot ring. Glaze covers all but the rim of the foot ring.

Given by Julius Spier Esq.

white, does not cover the rim of the foot ring Glaze
Fritware