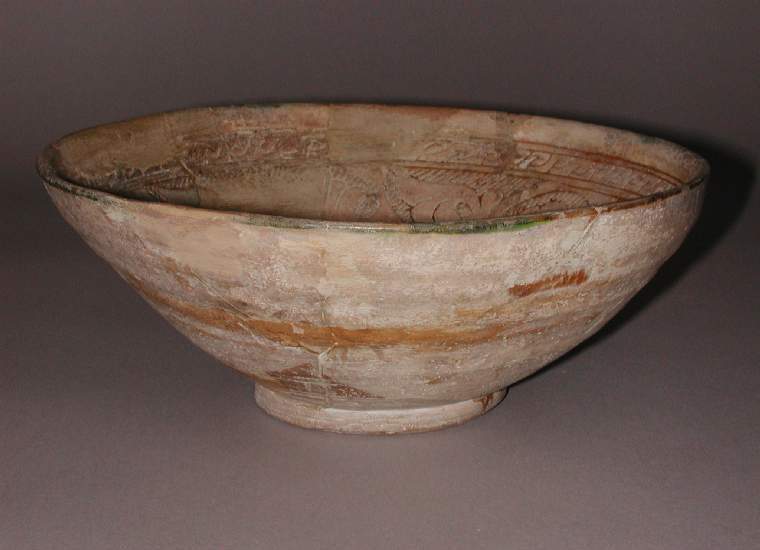 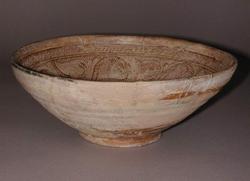 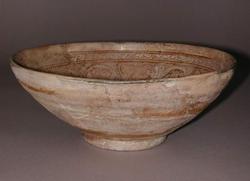 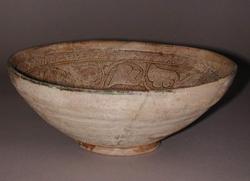 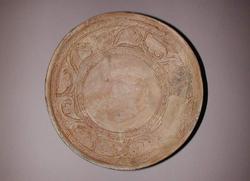 Red-brown earthenware, slipped and incised with splashes of colour, covered with a clear glaze.

Red-brown earthenware, wheel-thrown, coated with a cream slip, incised and splashed with green colouring then covered with a clear glaze.
Shape: Segmented bowl with plain rim, gently curving sides and a disc base.
Interior: Coated with a cream slip with incised decoration in three bands enclosed by concentric lines around upper body. Upper and lower bands are identical and contain a repeating leaf pattern. The central band is wider and contains scrolling foliage against a hatched ground. Three spur marks, indicating the use of a tripod stacking mechanism during firing, are visible in the central roundel.
Exterior: Thin coating of white slip roughly covers most of vessel body and exterior base with splashes of clear glaze at irregular intervals. Rim shows traces of green colouring under a clear glaze which occasionally runs over to the vessel interior.

Throwing : Red-brown earthenware, wheel thrown, with an incised cream slip and splashed with green colouring; covered with a clear glaze.