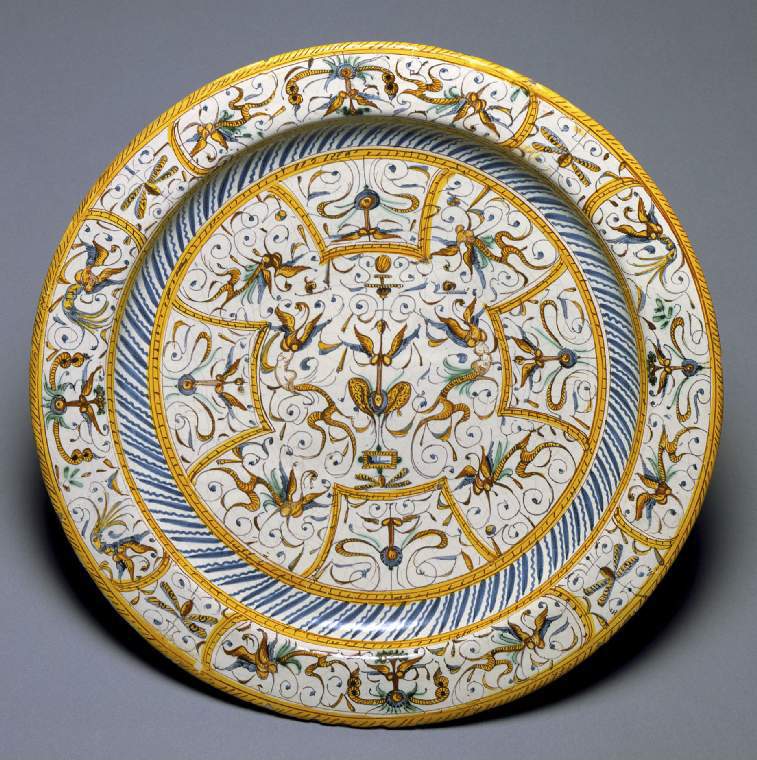 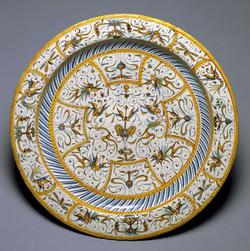 Maiolica dish, painted in polychrome with grotesques, divided by frames.

Buff earthenware, tin-glazed overall; the reverse off-white. Painted in blue, green, yellow, orange, and manganese-purple. Shape 63. Circular with narrow, slightly sloping rim, shallow curved sides and almost flat centre, standing on a low footring.The well is decorated with a symmetrical arrangement of grotesques, divided by four curved yellow frames with orange stripes. On the sides are slanting blue squiggles alternating with vertical strokes and, above and below, a yellow band with orange stripes. The rim is decorated with similar grotesques, separated by pairs of curved frames. The rim is yellow with orange stripes.

Given by P.C. Wilson

The dish was accessioned as Urbino, late sixteenth century. However, the form of the grotesques, which terminate in comma-like scrolls filling in the background, indicate that it was more likely to have been made at Deruta during the first half of the seventeenth century.