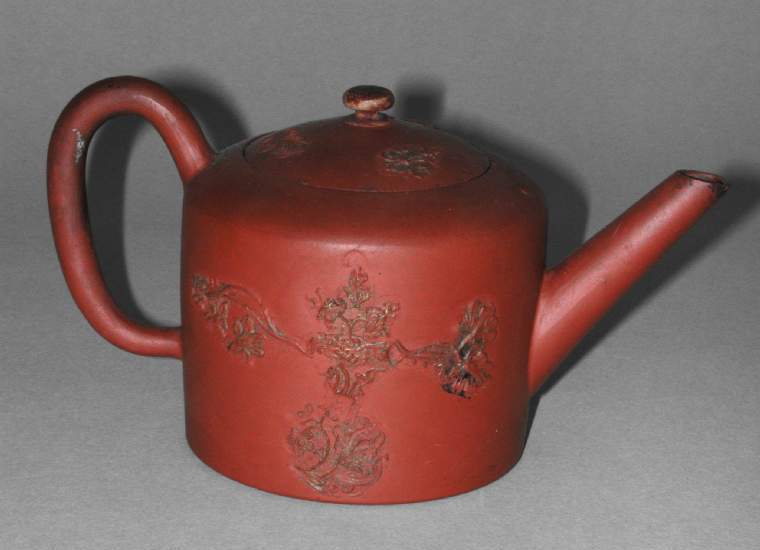 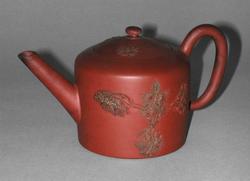 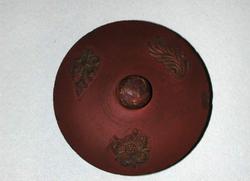 Red dry-bodied stoneware with mould-applied reliefs. Cylindrical, with a curved shoulder, sloping cylindrical spout with seven holes in wall behind it, and loop handle. Inside there is a ridge where the shoulder meets the side. On the slightly recessed base there is a square pseudo-Chinese seal mark with the initials I F in the middle. The circular cover is slightly domed with an internal flange and a button-shaped replacement knob. On each side there are four mould-applied reliefs of flowers and foliage, or foliage, atwo one above the other, and one on each side of them. The cover is decorated with three smaller mould-applied motifs, a flower, a feather-like leaf, and a bunch of three small leaves

History note: Uncertain before 1924 when in possession of the donor, Mrs W.D. (Frances Louisa) Dickson, Bournemouth

Inscription present: square pseudo-Chinese seal mark with initials I F in the centre