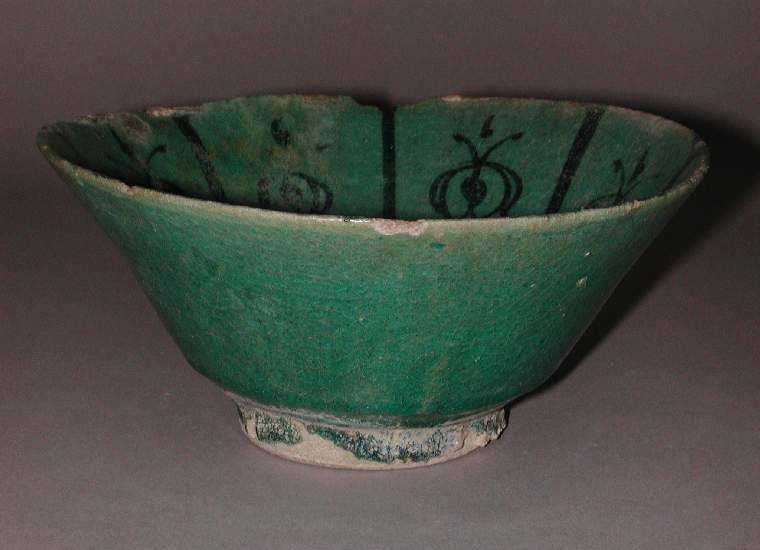 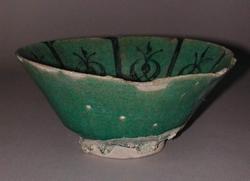 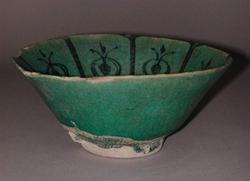 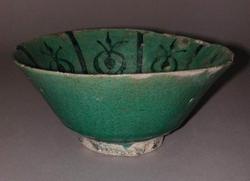 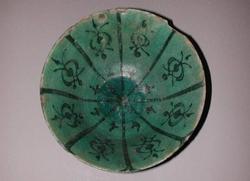 Fritware with dark blue paint under a turquoise glaze

Fritware, probably wheel thrown, painted in dark blue under a turquoise crazed glaze.
Shape: bi-conical bowl, thickly potted with a plain rim descending via a slight carination onto a low foot ring.
Interior: all decoration is painted in dark blue; radiating lines divide the interior into eight panels, each of which contain an arabesque on the upper body and a bird on the lower body. Scars on the rim probably result from contact with other vessels in the kiln during firing. The glaze coverage is irregular with small areas uncovered on the upper body and pooling in the base.
Exterior: undecorated except for turquoise glaze, again coverage is uneven with small uncovered patches on the upper body; pitting and glaze pooling in thick drips around foot ring. Adhesions of clay material on the lower body could have resulted from contact with other vessels in the kiln during firing.

This decorative style is typically the style is has been associated with Iran. However, the thick potting and crude painting could indicate that this was a copy made at other locations in the Middle Islamic lands.