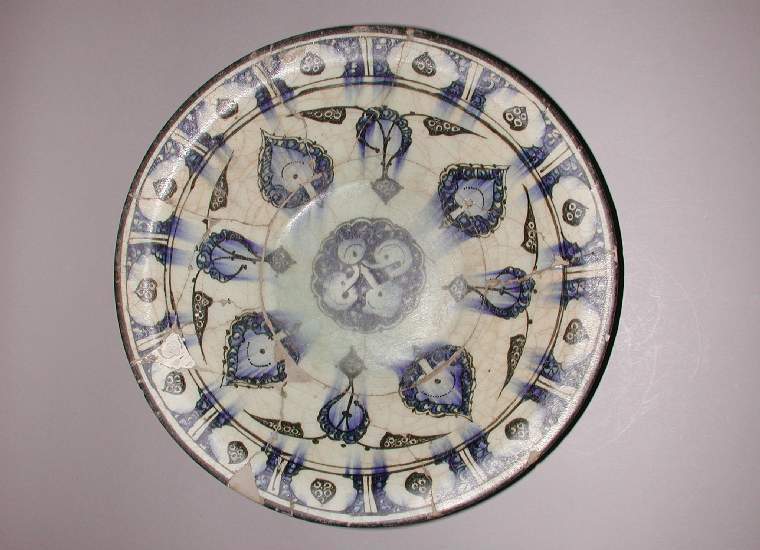 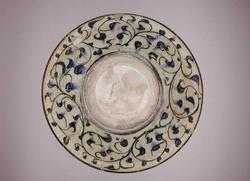 Buff fritware, wheel thrown, painted with black and blue, the latter frequently running under a clear crazed glaze
Shape: conical dish with flat everted rim, sits on a low foot ring
Interior: the rim is painted with a black band above a frieze, on the lip. The frieze is divided into repeating panels, separated by vertical black lines. Each panel contains a central lobbed medallion and a palmette decorated with jewel-like motifs; flanking the medallions scrolling black vegetation is highlighted in blue. The body is decorated with palmettes draw in black and highlighted in blue, alternating between lobbed and abstract examples, the latter adorned with triangular leaves and lozenges containing jewel like motifs. On the base, a central lobbed medallion contains four palmette leaves outlined in black against a blue background that includes smaller scrolling leaves.
Exterior: a black band is painted on the rim and lower body, containing a frieze of scrolling vegetation ending in leaves highlighted in blue. The glaze has pooled at the join between the body and foot ring.