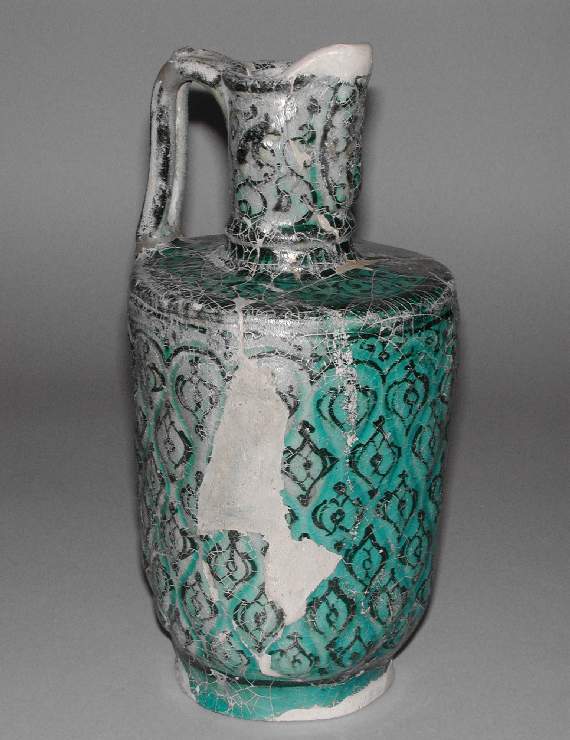 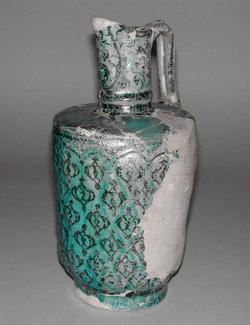 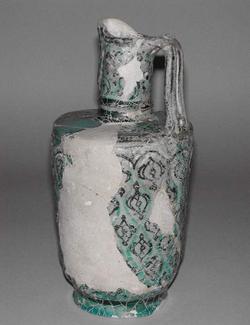 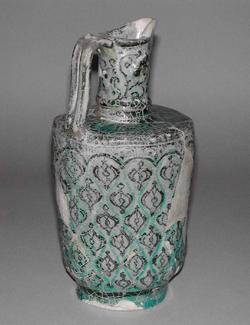 Fritware, painted in black under a turquoise glaze

Fritware, moulded, with black painted decoration under a crazed turquoise glaze.
Shape: bead rim and ridged neck sit on a horizontal shoulder which descends via a sharp carination onto a lobbed body and a low foot ring. A grooved strap handle, with thumb rest, is attached to the rim and the shoulder.
Exterior: all decoration is painted in black. On the shoulder and neck, scrolling vegetation, that in the latter case encircles two quadrapeds, is contained within concentric bands. A frieze of Arabic script (cursive) is painted in reserve against a black background on the shoulder carination. On the body, arabesques painted on raised lobes are enclosed, above by a scalloped line and scrolls, and below by a concentric line. Raised areas of the handle are also painted in black.
Interior: visible surface is covered with a thinner version of the exterior turquoise glaze.