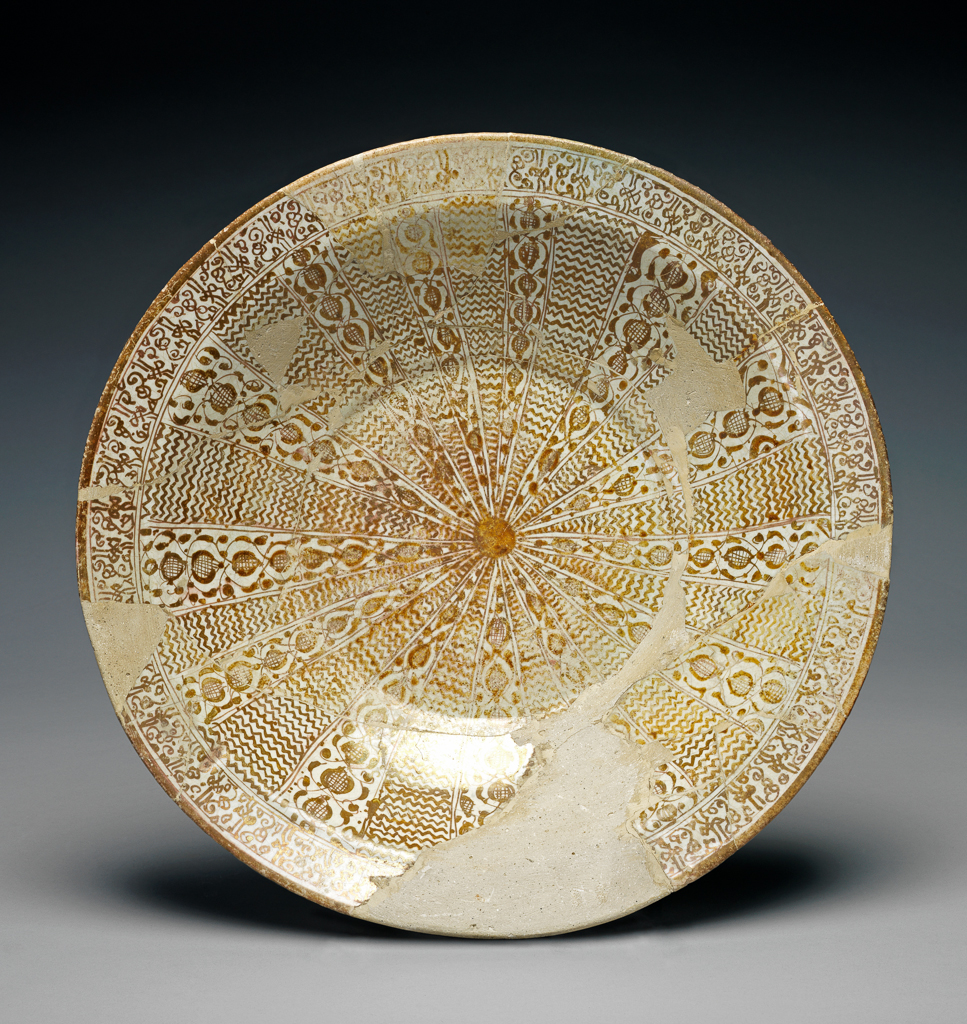 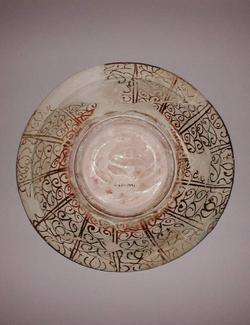 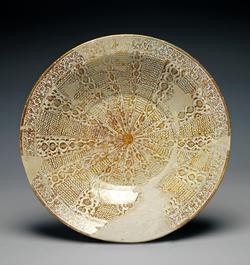 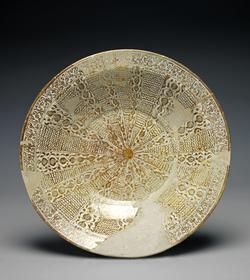 Fritware with a white glaze, painted with lustre

Pinkish fritware, wheel thrown, white, slightly crazed, glaze painted in yellow-brown lustre.
Shape: conical dish with wide, everted rim and a low foot ring.
Interior: all decoration is painted in lustre. On the lip a frieze of Arabic script (cursive) is enclosed above and below by concentric bands of differing thickness. On the body a roughly drawn pattern, radiating from a central dot in the base, consists of alternating panels of horizontal wavey lines and arabesques with a cross-hatched lozenge at their centre.
Exterior: rim decorated with a band of lustre. Radiating from the lower body, panels of interlocking scrolls are separated by a pair of vertical lines, both painted in lustre. Glaze continues to the lower body where it has a reddish tinge, probably resulting from reaction with the lustre. Oval adhesion at one point near rim marks where another vessel touched the dish during firing.